Americans Fall to Thunderbirds in Seattle 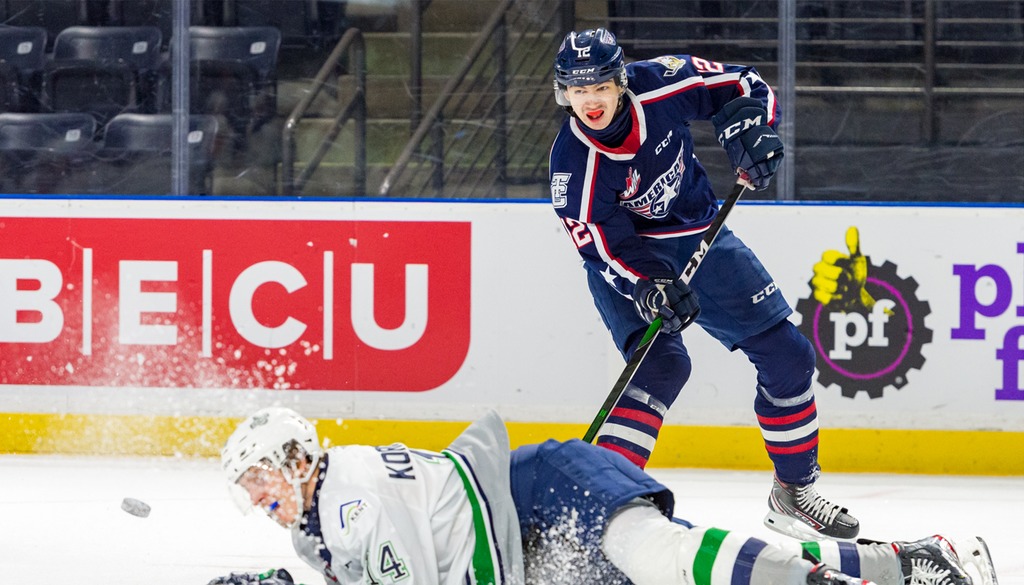 The Americans traveled to the accesso ShoWare Center for the first time this season to take on the Seattle Thunderbirds. Seattle took victory for the second game in a row as the Americans struggled to find the back of the net.

Seattle’s Nico Myatovic opened scoring tonight in his WHL debut with an unassisted breakaway goal just 2:25 into the game.

The Americans responded at the 14-minute mark with goal from Edge Lambert, his second of the season in as many games. A backhand pass from Booker Daniel set up Lambert who scored with a quick wrist shot that went top-shelf.

The game held tied at one into the first intermission. Tri-City led shooting through the first period 13-11.

Myatovic, a 2004-born forward, scored a second goal in his first WHL game early second period to put the Thunderbirds back in front. They extended their lead to two with a power play goal from Keltie Jeri-Leon.

Jeri-Leon’s goal was the first of two power play goals for the Thunderbirds. Tri-City and Seattle each had five opportunities with a man-advantage.

Trailing by two goals, the Americans pulled netminder Talyn Boyko for an extra attacker with nearly four minutes remaining in the game. Rookie Jake Sloan was able to capitalize on the opportunity and shovled in a loose puck during a scramble in front of the net to put the Americans within one. Sloan’s goal was assisted by fellow 2004-born forward Rhett Melnyk.

Soon after Sloan’s goal he took a tripping penalty to put the Americans on the penalty kill. Tri-City was unable to hold off the Thunderbirds as Henrik Rybinski scored an empty net power play goal.

Talyn Boyko played his seventh straight game for Tri-City. The 2002-born netminder made 32 saves on 35 shots.

Along with Milic, Conner Roulette is also attending the U18 camp and was absent from the Thunderbirds lineup.

The Americans will play next on Saturday at the Toyota Center as they kick off a home-and-home weekend with the Spokane Chiefs.