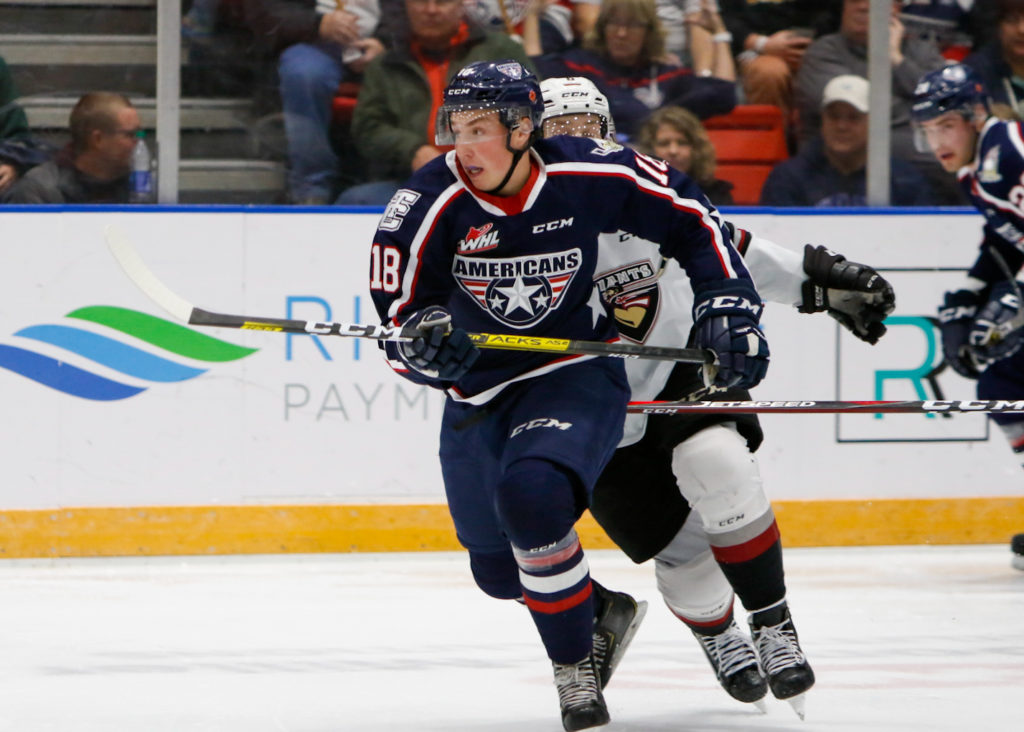 The Americans and Vancouver Giants matched up for the first time this season tonight at the Toyota Center. After an action packed first period, Vancouver was able to gain control in the second frame ultimately overcoming Tri-City by a score of 6-3.

Bryan McAndrews opened scoring and put the Americans on the board first tonight with his first WHL goal.

Dylan Plouff responded two minutes later with a power play goal for the Giants at 9:58. The game held tied at one until late first period. Nick Bowman added two goals within a minute to give Tri-City a 3-1 lead heading into the first intermission.

Blake Stevenson returned to Tri-City’s lineup tonight after an extended absence from an upper-body injury. The second year forward cemented his return with a power play assist on Nick Bowman’s first goal.

The Americans will head East for games in Calgary, Lethbridge, and Edmonton. They will return home on Saturday, November 16th to take on the Spokane Chiefs. Tickets can be purchased here.