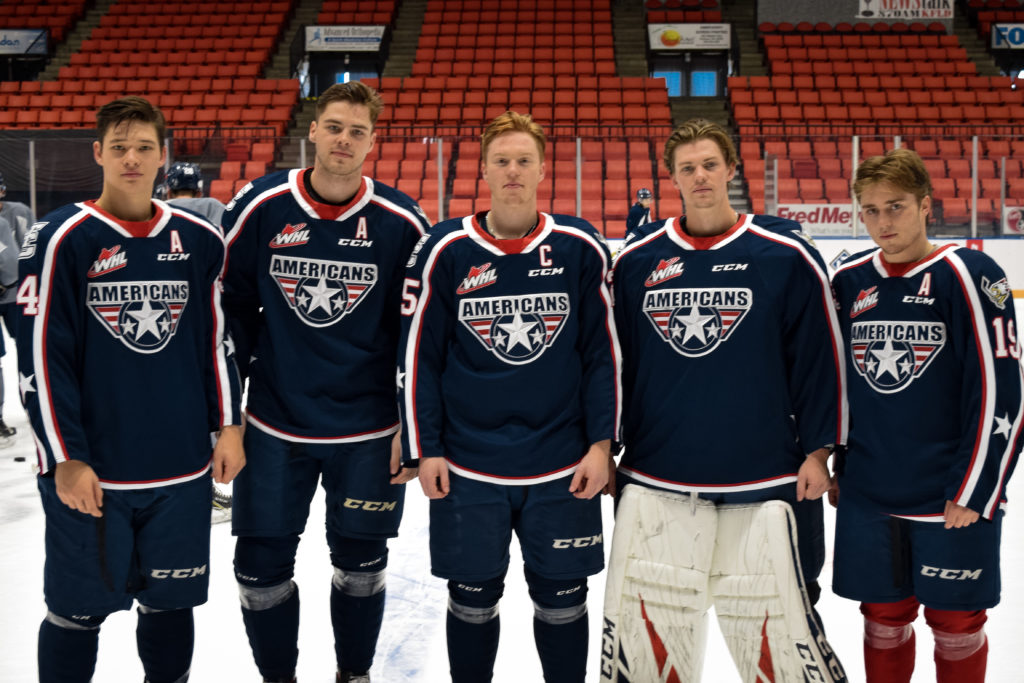 Also added to this leadership group is 20-year-old goaltender Beck Warm. Although he will not wear a letter, Warm will play a key role as a member of this group.

Olson, recently returned from NHL camp with the Buffalo Sabres, was announced as the team captain in July. The 20-year-old forward was originally selected by Tri-City in the third round (45th overall) of the 2014 Bantam Draft. In 190 games with the club he has totaled 48 goals, 107 assists, and 225 penalty minutes.

Mutala was selected by Tri-City in the first-round (6th overall) of the 2016 WHL Bantam Draft. Through two full season and 141 games with the club, he has recorded 34 goals, 42 assists and 64 penalty minutes. In June Mutala became the 64th Tri-City Americans player selected in the NHL Entry Draft when he was taken 140th overall by the Colorado Avalanche.

Hrabik, a Czech Republic native, joined the Americans after being chosen 41st overall in the 2018 CHL Import Draft. He had an impressive first season with the Americans totaling 21 goals, 30 assists, and 53 penalty minutes. The 20-year-old forward recently signed a two-year AHL contract with the San Jose Barracuda.

Bouchard, selected 161st in the 2016 WHL Bantam Draft, will also wear an “A” for the Americans this season. The 18-year-old forward enters his third WHL campaign with 134 games played, nine goals, 31 assists, and 141 penalty minutes.

Warm was listed by the Americans and signed by the club as a 15-year-old in 2015. He has since played 113 games for the Americans. Warm has a career goals against average of 3.24 and save percentage of 0.905. Coming off a franchise record 1,925 save season, Warm recently attended NHL camp with the Washington Capitals.