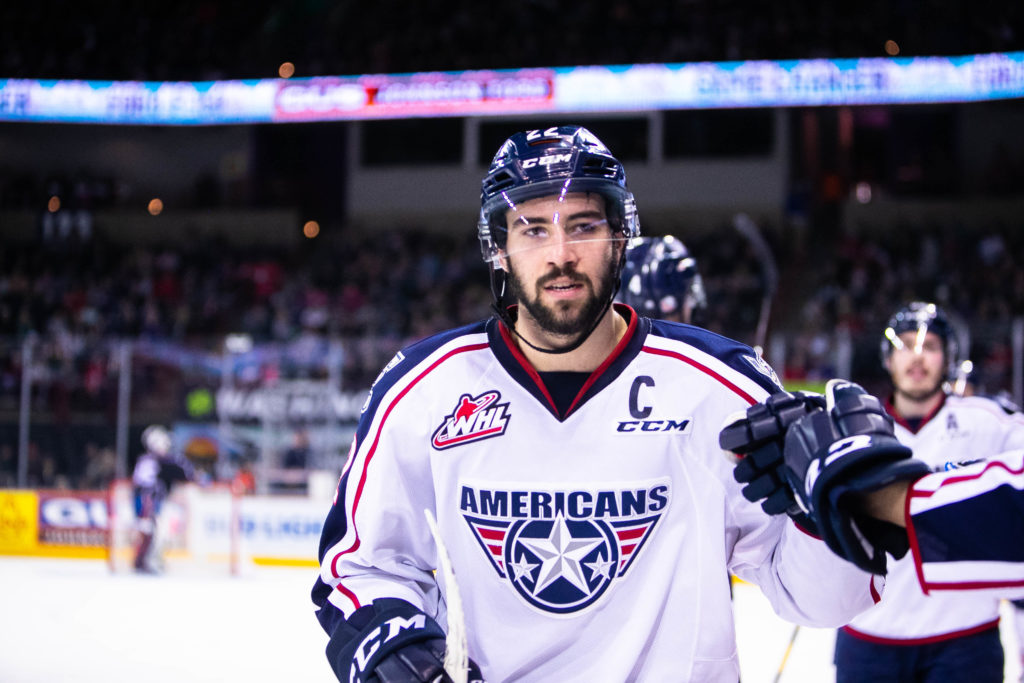 The Americans wrapped up their regular season tonight in Spokane. After securing a first-round matchup against the Everett Silvertips last night, the Americans rested key players tonight against the Chiefs in preparation for the playoffs.

Rookie goaltender Talyn Boyko played all sixty minutes in net for the Americans. He stopped 37 of 47 shots faced.

Spokane’s Bear Hughes opened scoring tonight with his first ever WHL goal. Americans captain Nolan Yaremko responded later in the first period with Tri-City’s only goal of the night, scored shorthanded and unassisted.

The first period ended with a 3-1 for Spokane. The Americans were out shot 23-7.

Scoring took off in the second period when Spokane added six more. A season-high single period goals against for Tri-City.

Tickets for the first-round of the 2019 WHL Playoffs go on sale at the Toyota Center Monday at 10:00 AM. For schedule and further ticket information click here.