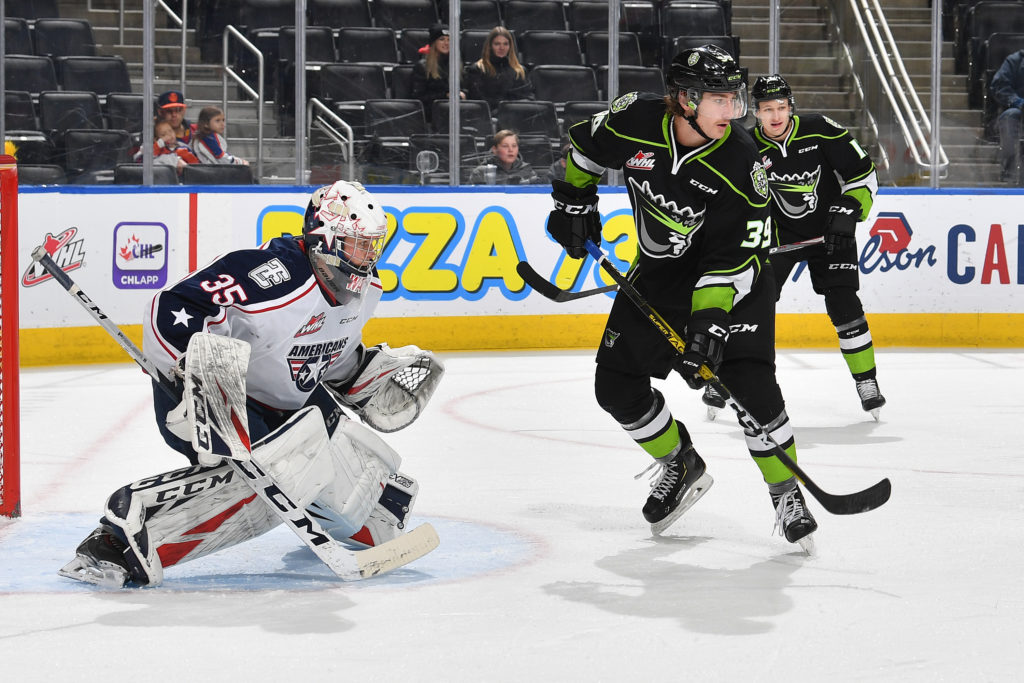 Following wins against Calgary and Lethbridge, the Americans wrapped up their Central Division road trip this afternoon with a shutout against the Edmonton Oil Kings. They will look to continue the win streak next Saturday as they return home to the Toyota Center to take on the Spokane Chiefs.

Paycen Bjorklund opened scoring on the power play off a slick pass from Connor Bouchard. Bouchard added one of his own at the end of the first period, giving the Ams a 2-0 lead after twenty minutes. Krystof Hrabik scored Tri-City’s third and final goal to seal the victory at 16:22 third period. Similar to the first goal of the night, Hrabik’s came on the power play assisted by Bouchard.

With a goal and two assists tonight Bouchard now has two goals and four assists over the past three games.