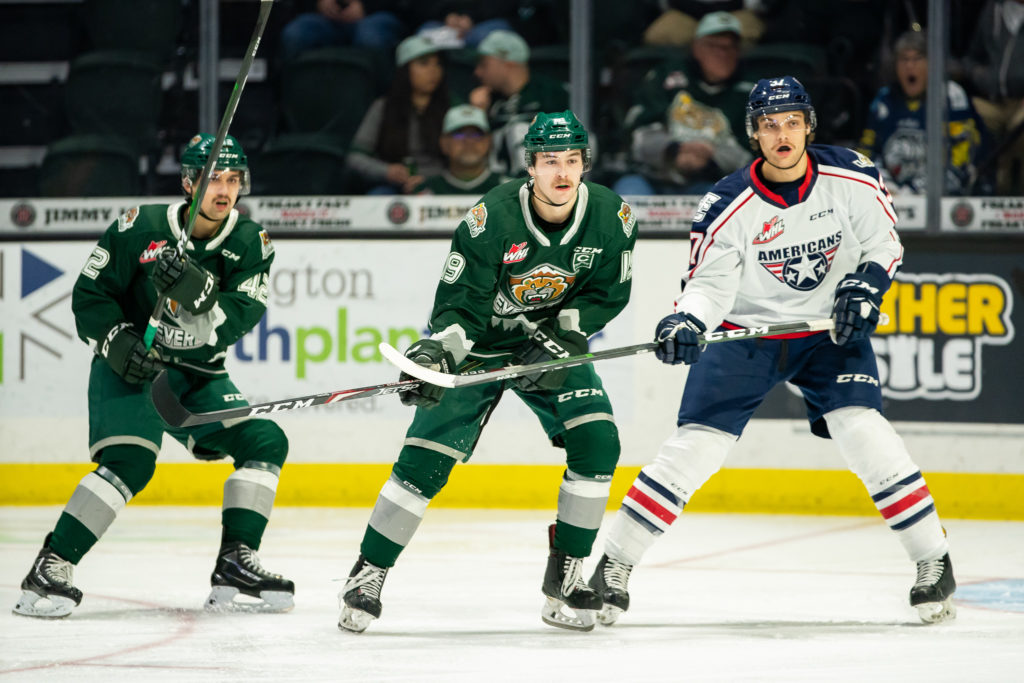 The Tri-City Americans played the last game before Christmas break today in Everett, falling 4-3 to the top-ranked Silvertips.

The Americans were down 2-0 when Paycen Bjorklund scored their first goal of the night at 10:50 first period, assisted by Blake Stevenson on the power play. The Silvertips scored two more before another response from the Americans. Samuel Stewart cut Everett’s lead to 4-2 with three minutes left in the second period with his second career WHL goal.

Bjorklund added his second of the night in the third period, cutting Everett’s lead to one. Tri-City was given a late power play opportunity after Silvertips goaltender Keegan Karki took a tripping penalty, but the Americans couldn’t find the game-tying goal.