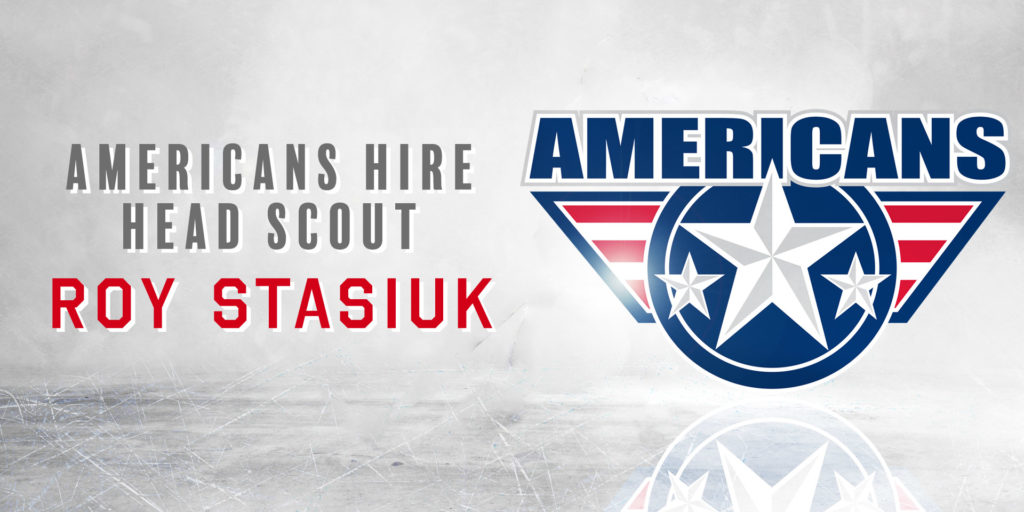 KENNEWICK, WA – Tri-City Americans Governor/General Manager Bob Tory announced today that the team has hired Roy Stasiuk as the team’s new head scout. He will replace Barclay Parneta who moved on to the Vancouver Giants as their new General Manager.

Stasiuk brings a wealth of experience to the position. He previously scouted in the WHL for Prince Albert, Red Deer, and Calgary, and served as the head scout for the Edmonton/Kootenay Ice from 1995-2005.

He also served as General Manager of the Lethbridge Hurricanes from 2005-09 and scouted in the NHL for the Toronto Maple Leafs from 2009-15.

“Roy and I go back a long way, as we previously worked together with the Edmonton/Kootenay Ice,” said Tory.

Roy brings a dedicated and passionate work ethic and is a consummate professional.

We welcome Roy to the Tri-City Americans family.