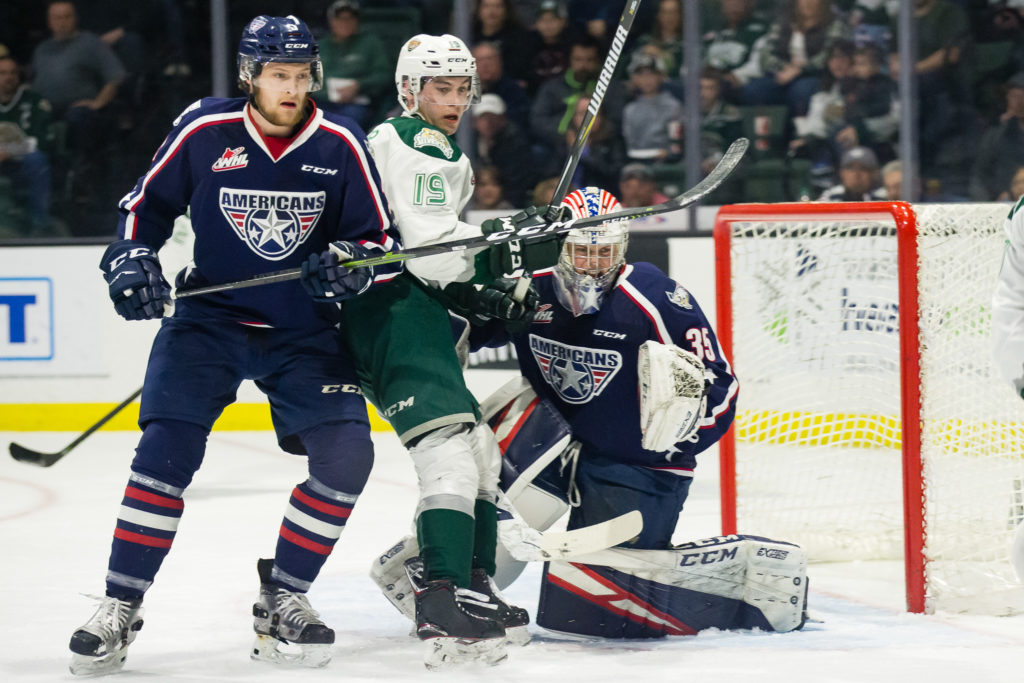 The Americans and Silvertips played Game 2 of their first round WHL playoff series tonight at Angel of the Winds Arena in Everett. After making a hard push Tri-City fell 4-3 extending Everett’s series lead to two.

The game held tied at one until mid-second period when Everett netted two goals within 19 seconds.

An altercation at 18:29 led to a series of penalties to each side. After all was sorted out the Silvertips were awarded a four minute power play, killed off by the Americans.

Everett added one more goal to take a 4-1 lead into the final frame.

Americans captain Nolan Yaremko netted a shorthanded goal, unassisted, early in the third period cutting Everett’s lead in half. With 1:02 remaining Aaron Hyman scored to make it a one-goal game, but the Americans were unable to come up with another. Hyman’s goal came on the power play, assisted by Kyle Olson and Krystof Hrabik. 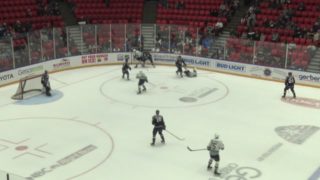