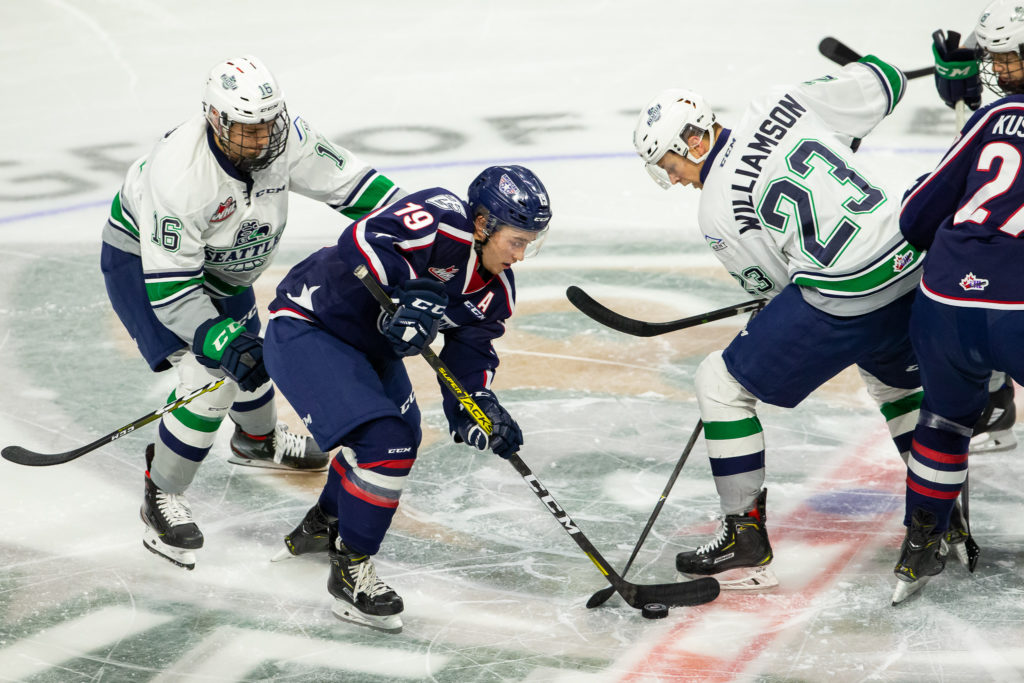 The Americans and Seattle Thunderbirds matched up this afternoon for the second day of the Everett Preseason Tournament.

Colorado Avalanche prospect Sasha Mutala put the Americans on the board early with a goal at 1:06 first period, assisted by Mitchell Brown and Kyle Olson. Olson, the team’s captain for the 2019-20 season, extended the lead to two with a power play goal at 4:01, assisted by David Homola and Mutala.

Seattle’s Jared Davidson put the Thunderbirds back within one with a late first period power play goal. Shots were 12-11 in favor of Tri-City after period one.

Tyson Greenway, Tri-City’s fourth-round pick in the 2018 Bantam Draft, notched another power play goal for the Americans early second period, assisted by Mutala and Homola. The Thunderbirds went on to add two more goals leaving the game tied heading into the third period. Tri-City was out shot 17-11 in the second frame.

With just 18 seconds remaining in the game Seattle’s Jared Davidson scored to seal a win for the Thunderbirds.

Tomorrow the Americans will play the Portland Winterhawks in Everett at 3:00 PM. All games this weekend will be broadcast live by Everett.