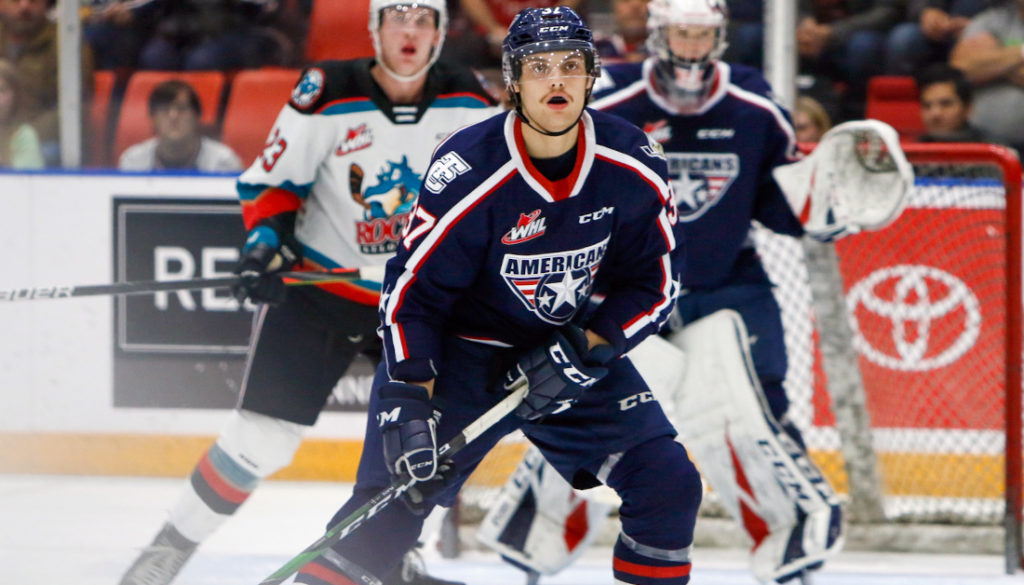 Tri-City was unable to capitalize on any of their five power play opportunities tonight. Kelowna finished 1/7 with a man advantage.

The game held tied at one until the third period. Just 24 seconds into the final frame, Mattson added his second goal of the night to give Kelowna a 2-1 lead. The game-winning goal came shorthanded for the Rockets while Trevor Wong was serving a hooking penalty.

This upcoming Thanksgiving week is full of hockey at the Toyota Center. The Saskatoon Blades will make their biennial visit to Kennewick on Wednesday. The Ams will then take on the Victoria Royals on Friday and the Vancouver Giants on Saturday. Tickets are available here.