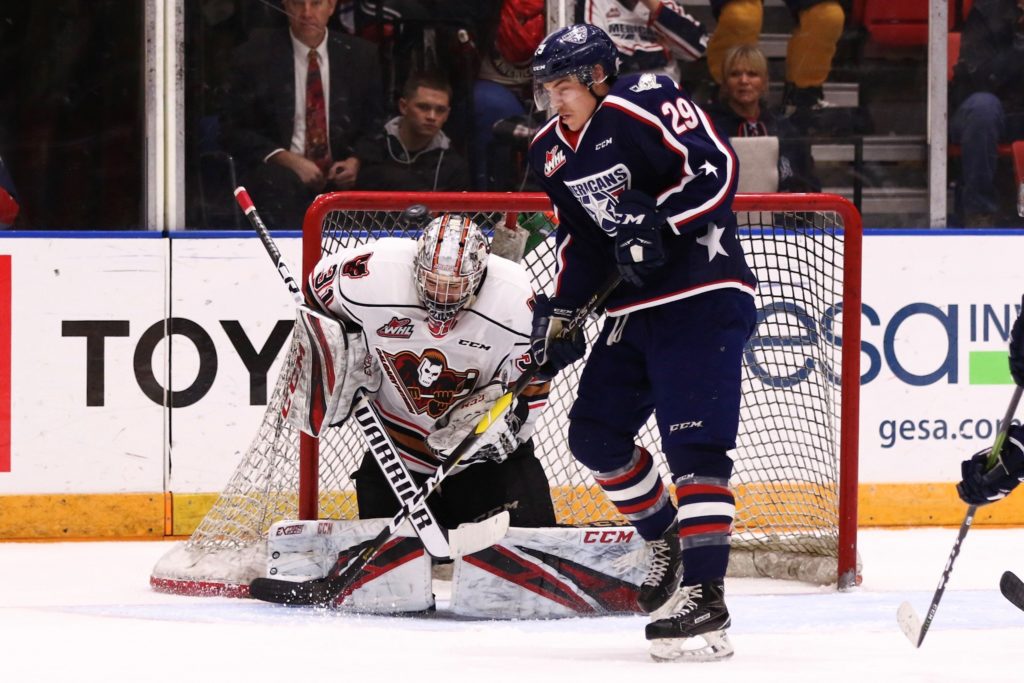 The Tri-City Americans take on a home victory tonight at the Toyota Center by shootout. The boys are four-for-four in shootouts this year. Tri-City’s last shootout was Nov. 11 against The Wheat Kings in Brandon.

Thing started of slow for the Americans. The Hitmen were the only ones up on the board until the third period tonight.

Americans tighten things up in the third. Blake Stevenson, found the back of the net at 8:59 and put the team on the board.

Sasha Mutala tied things up with the assists of Kyle Olson and Isaac Johnson with only a minuet and 24 seconds remaining.

Both ends were scoreless in overtime leading up to the shootout.

Kyle Olson and Isaac Johnson both hit their attempts.

The Calgary Hitmen fell short, but out shot the Americans 40-31.

The Americans will be back home this coming up Tuesday. They will be taking on the Prince George Cougars at 7:05 pm. Get your tickets at the Americans box office or online here.