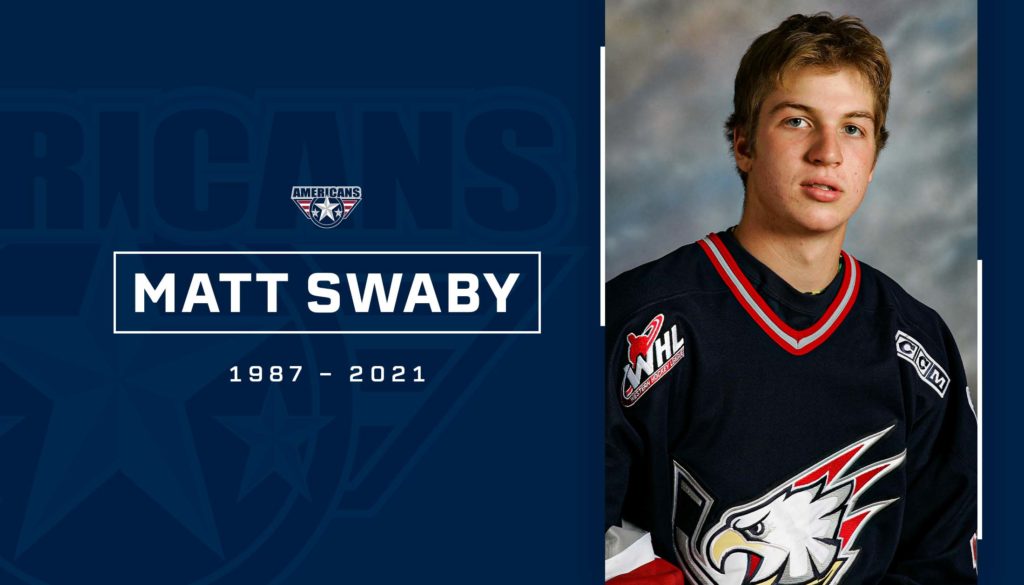 KENNEWICK, WA – The Tri-City Americans are deeply saddened to hear of the passing of former Americans defenseman Matthew Swaby.

Swaby, a native of Prince Albert, Sask., played three seasons with the Americans from 2004-2007, skating in 186 games and recording 36 points.

The entire Americans organization sends our deepest condolences to Matthew’s family and friends.

A GoFundMe page has been setup in support of the Swaby family.