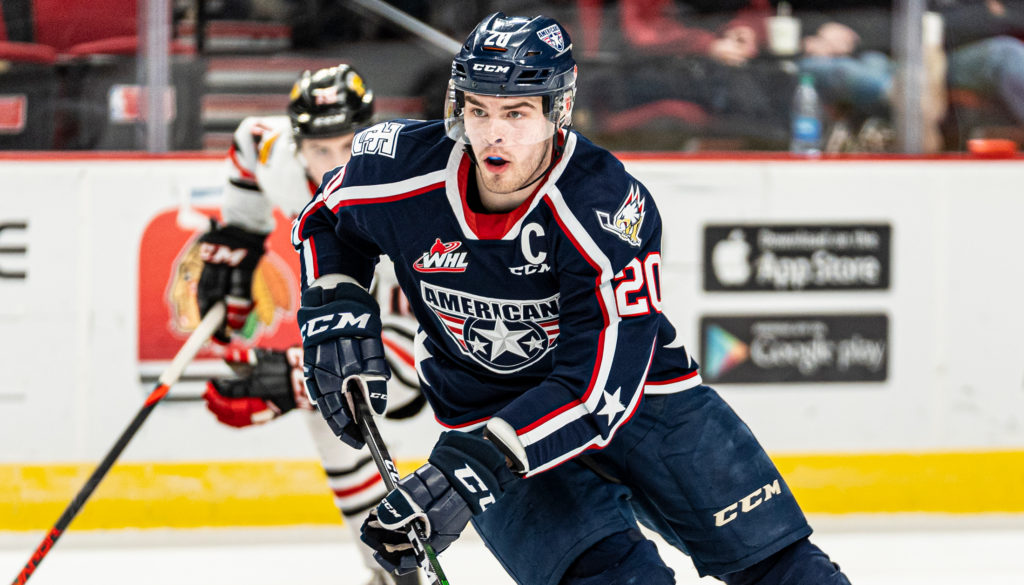 “Krystof was the natural choice when Kyle left,” stated Tory. “Not only is he a good hockey player, but he epitomizes class, humility, and work ethic.

“He prepares each day as a professional and wears our jersey with pride.”

Hrabik was selected by Tri-City in the first round (41st overall) of the 2018 Canadian Hockey League Import Draft. The 6’4, 218-pound center has played 94 games for the Americans, totaling 71 points (29 goals and 42 assists) and 83 penalty minutes.

The 20-year-old native of Praha, Czech Republic is only the second European player to be named captain for the Americans. Swedish forward Marcus Jonasen wore the ‘C’ for Tri-City during the 2003-04 and 2004-05 seasons.

Hrabik becomes the 31st player to serve as the team captain.