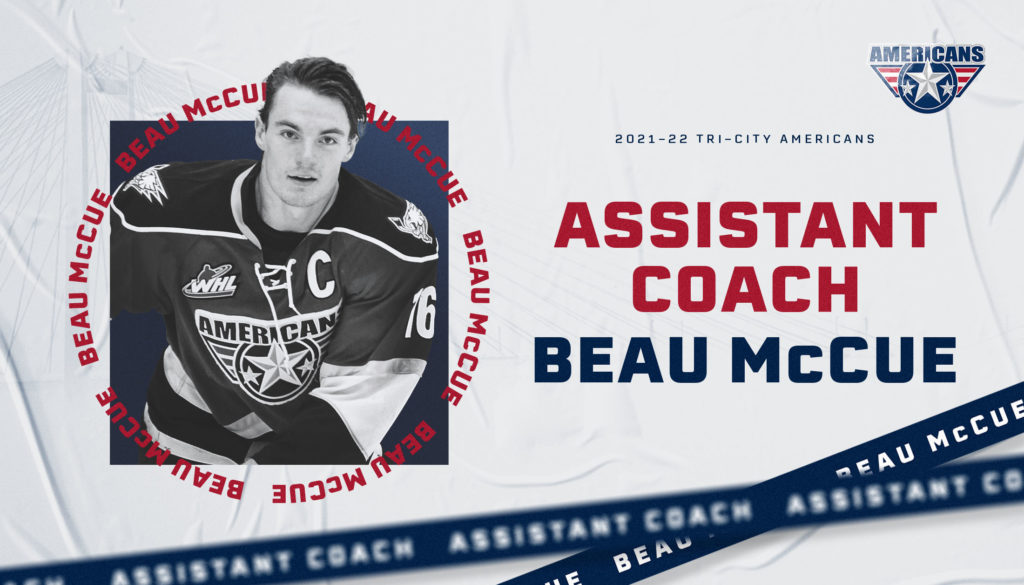 “Beau epitomizes everything we look for in an Assistant Coach and former player; work ethic, courage, humility, passion, and a genuine kindness toward others,” stated Tory.

McCue, 26, is a native of Missoula, Mont. and currently lives in Tri-Cities. He played four seasons with the Americans from 2012-2016. Through 270 career games, he totaled 85 goals and 85 assists with Tri-City. McCue also served as team captain in his final season with the Americans.

After finishing his WHL career, McCue used his WHL Scholarship to attend the University of Prince Edward Island where he played USports hockey for three seasons.

“I am very excited to work with the Americans again,” said McCue. “I thoroughly enjoyed my time here as a player and when the opportunity came up to be part of the coaching staff, I had to take it. I am looking forward to working with Stu and Bob and learning from them. I hope to do all I can to help the players reach their potential and see the Americans succeed. I look forward to being back in the Toyota Center in front of the best fans in the WHL.”