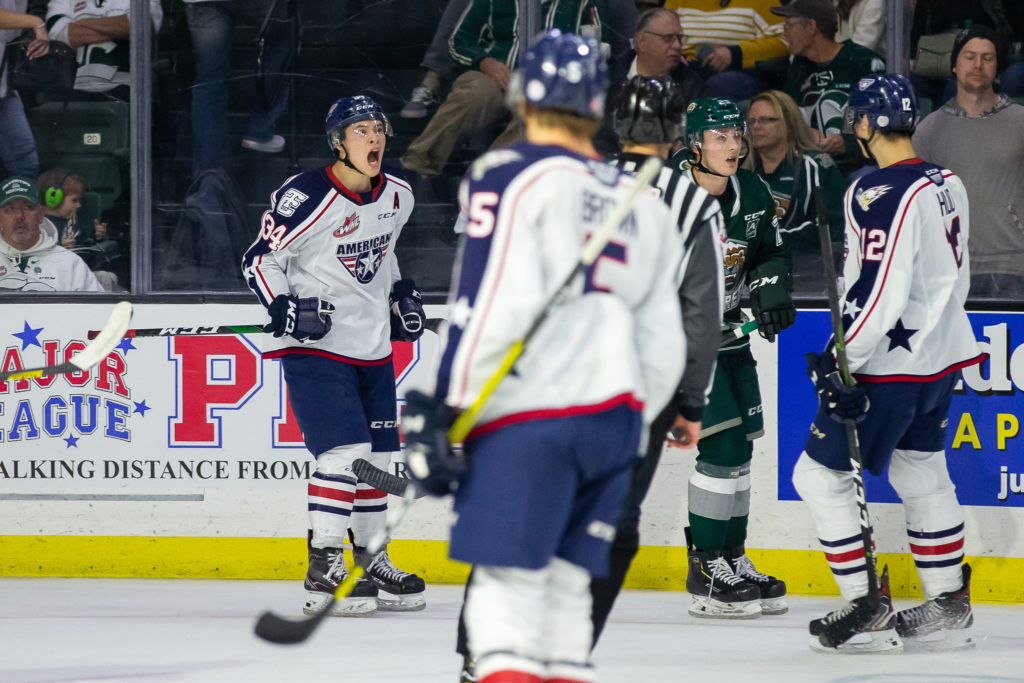 The Americans kicked off the 2019 regular season today in Everett for the Silvertips’ home opener, a rematch of last year’s heated first round playoff series. With an impressive four point performance from Colorado Avalanche prospect Sasha Mutala, the Americans defeated the Silvertips 4-2.

Jackson Berezowski gave Everett the night’s first lead 4:24 into the game on the power play. The Silvertips held a 1-0 lead into the second period until Nikita Krivokrasov, in his first game with the Americans, capitalized on a power play at 11:27, assisted by Sasha Mutala and Jan Cikhart.

Krivokrasov scored again to put the Americans up 2-1 early in the third period, also assisted by Mutala. Tri-City would hold onto the lead through the rest of the game.

Beck Warm, recently returning from NHL camp with the Washington Capitals, played all 60 minutes in net for the Americans. Stopping 28 of 30 shots faced. Everett out shot Tri-City 30-24.

Sam Huo added tonight’s game winning marker with a top-shelf goal on the power play, assisted by Mutala and Cikhart. Everett’s Bryce Kindopp kept the Silvertips in the game with a goal at 10:10 third period. Tallying his fourth point of the night, Mutala sealed a 4-2 victory for the Americans with a late empty net goal.