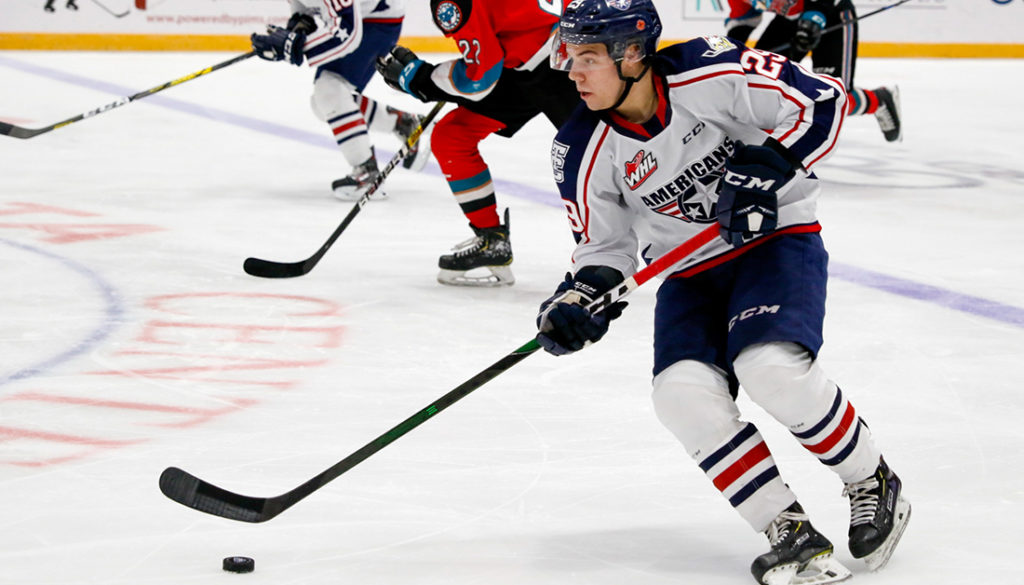 The Americans matched up against the Kelowna Rockets today a the Toyota Center. For the third time in three meetings between the two teams this season, the Rockets emerged victorious.

Through the first period the game remained scoreless.  Michael Farren opened scoring with a power play goal for the Rockets just 38 seconds into the second frame. Kelowna turned around and quickly added another to jump out to a 2-0 lead.

Both teams went 1/4 on the power play tonight.

The Rockets scored three straight to take a 5-1 lead. Goaltender Talyn Boyko was then relieved by rookie Mason Dunsford in net.

Rookie Booker Daniel scored off a shot from the slot, assisted by Nick Bowman at 7:02. Sam Huo followed a minute and a half later with another goal for Tri-City, putting the Americans within two.

The Rockets added to more to finish the game with a 7-3 victory.