Americans Pick Up Point in 4-3 Overtime Loss to Seattle 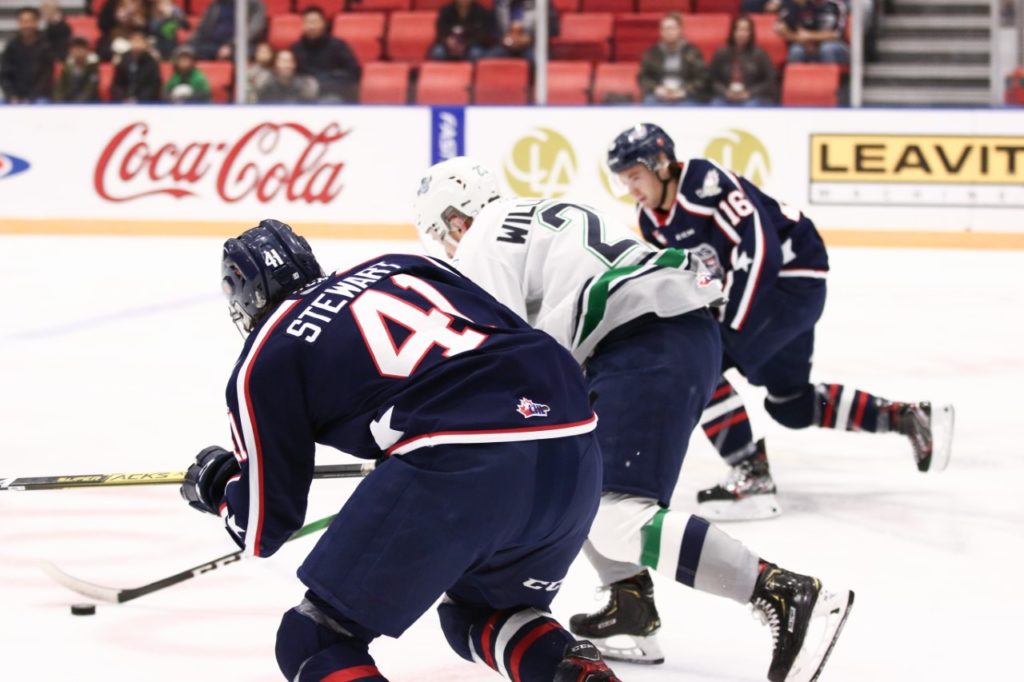 The Americans and Seattle Thunderbirds matched up for the fifth time this season today at the Toyota Center. A late game-tying goal from Paycen Bjorklund brought the teams to overtime where Tri-City ultimately fell 4-3.

Seattle took a 2-0 first period lead with goals from Keltie Jeri-Leon  and Conner Roulette. Colorado Avalanche prospect Sasha Mutala responded for the Americans with 15 seconds remaining in the period. Mutala’s goal, his 10th of the season, came from a strong forechecking effort, assisted by Connor Bouchard and Luke Zazula. Shots on goal were tied at 9 through the first 20 minutes.

Americans rookie Marc Lajoie tied the game with a shot from the high slot at 17:32 second period.

Not bad for a rookie 👌

Marc Lajoie ties the game for Tri-City with his 4th of the season pic.twitter.com/IcUgoXFQtH

Jared Davidson took back the lead for Seattle mid-third period, but Paycen Bjorklund was able to find the net once more for Tri-City and bring the came into overtime. Bjorklund’s goal, his 6th of the season, came assisted by Zazula.

After three big saves from Americans netminder Beck Warm, it was Henrik Rybinski that scored the overtime game winner for Seattle.

The Americans return to the Toyota Center on December 27th to take on the Portland Winterhawks. Tickets can be purchased online from Ticketmaster here.