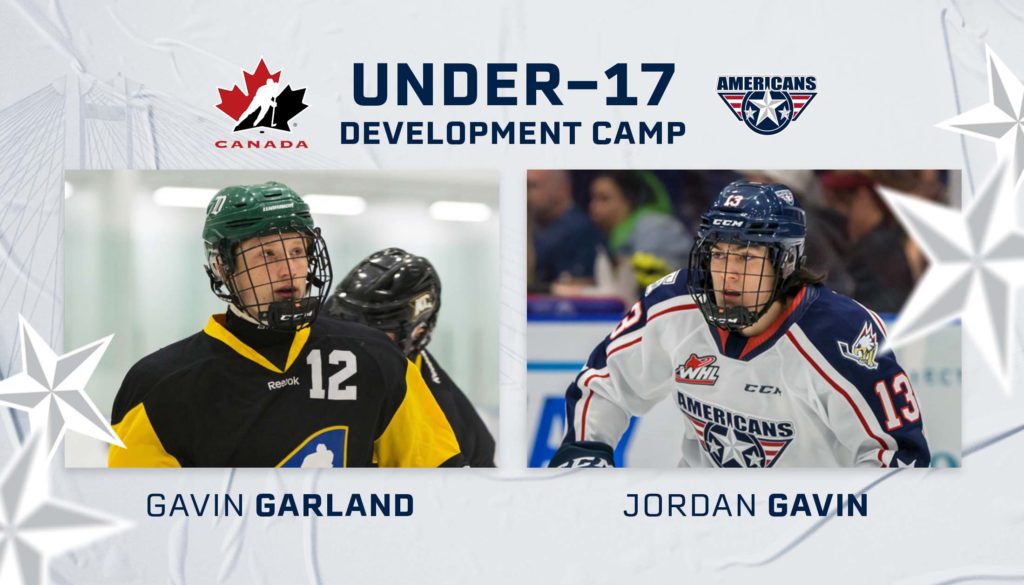 Kennewick, WA. – Hockey Canada announced today their roster for the U-17 Development Camp, set to take place July 10-16 at the Markin MacPhail Centre at WinSport’s Canada Olympic Park in Calgary. Americans draft selections Gavin Garland and Jordan Gavin are among the 37 WHL prospects invited to participate.

For the duration of the week-long camp, the players – 10 goaltenders, 30 defencemen and 60 forwards – will be split into five teams for on- and off-ice training, fitness testing, practices, intrasquad games and classroom sessions.

Following the camp, players will continue to be evaluated through the early portion of the 2022-23 season before 66 are named to one of three Canadian national teams – Team Canada Black, Team Canada Red and Team Canada White – that will compete at the 2022 World Under-17 Hockey Challenge, scheduled for Nov.5-12 in Langley and Delta, B.C.

Gavin then joined the Americans for nine games as an affiliate player, picking up two points (1-1-2). He became the youngest player in Americans history to score a goal when he found the back of the net on April 1 in Seattle.