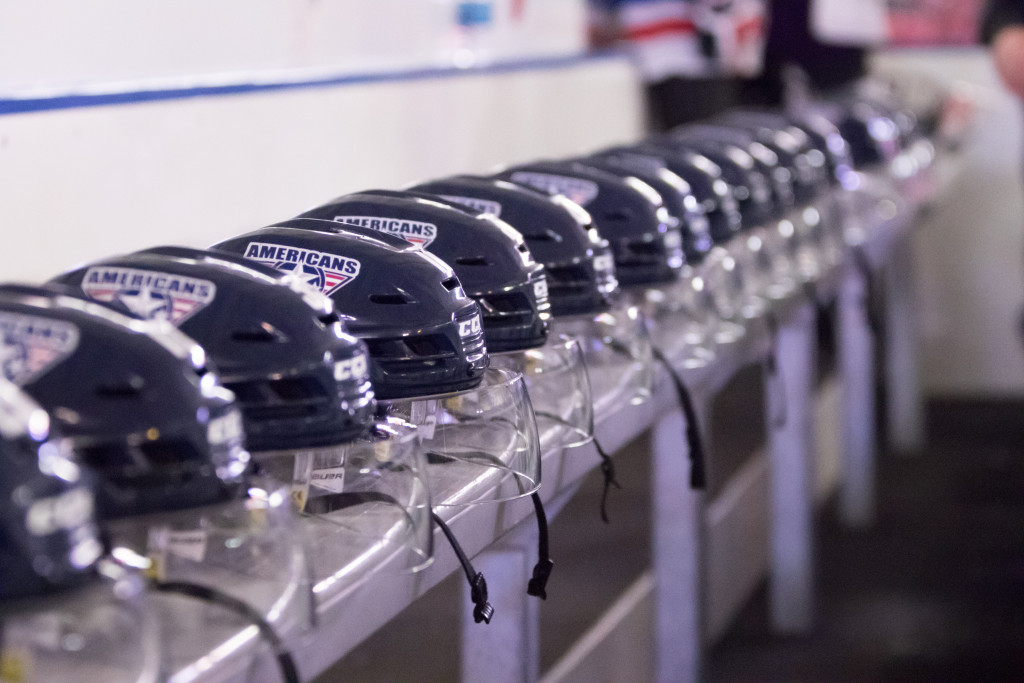 KENNEWICK, WA – Tri-City Americans Governor/General Manager Bob Tory, along with the Western Hockey League, unveiled the team’s 2016 Pre-Season schedule. For the Americans, this year’s exhibition season is highlighted by two separate tournament appearances, as well as two additional pre-season contests for a total of eight exhibition games leading into the franchise’s 29th season in the Mid-Columbia.

The Americans will start the pre-season portion of their schedule by participating in the Everett Silvertips’ 13th annual Holiday Inn Preseason Classic tournament, scheduled from Sept. 2-4, at Xfinity Arena.  It will be the franchise’s tenth consecutive trip to the Silvertips’ tournament.  While there, Tri-City will match-up against U.S. Division rivals, the Seattle Thunderbirds and Portland Winterhawks, as well as the B.C. Division’s Victoria Royals.

Tri-City then returns home to host the 2016 Red Lion Hotels Pre-Season Tournament, scheduled for September 7-10 at the Toyota Center in Kennewick.  The Tournament will feature two games per day on Wednesday and Thursday, as well as a three-game per day schedule on Friday and Saturday.

The Americans will then wrap-up their portion of the pre-season schedule with two exhibition games, featuring a home-and-home series with the Spokane Chiefs.  First, on Friday, September 16th, the Americans will finish the home exhibition schedule at the Toyota Center against the Chiefs.  Then, on Saturday, September 17th, Tri-City and Spokane will conclude the exhibition schedule at Spokane Arena.  To view the 2016 WHL Pre-Season Schedule in its entirety, visit www.whl.ca.

*BONUS: The following games are included as part of 2016-17 Americans Season Ticket packages:

To purchase a 2016 Red Lion Hotels Pre-Season Tournament package or to find out about groups and other discounts, call the Americans’ office at (509) 736-0606 or check the Americans’ website, amshockey.com, for more information.

Individual game tickets for all home pre-season games can be purchased through all Ticketmaster outlets, and at the Toyota Center box office or online at ticketmaster.com.