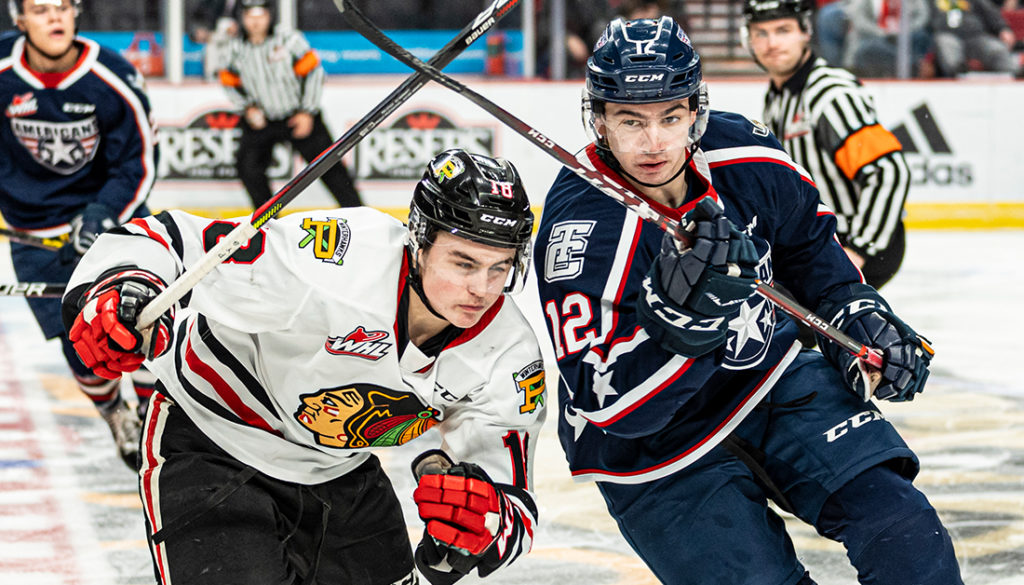 For their game of 2020, the Americans headed to Portland to match up against the Western Conference leading Winterhawks. Tri-City started hot but ultimately couldn’t hold back Portland, falling 6-2.

The Americans opened scoring tonight at the Moda Center. San Jose Barracuda prospect Krystof Hrabik scored off pass in front of the net from Colorado Avalanche prospect Sasha Mutala just 1:37 into the game. Tri-City’s lead held until 10:42 when Jake Gricius tied the game for Portland.

The Winterhawks went on to score five straight goals, all even strength. Jayden Platz added a late third period goal for the Americans making the score 5-1. The second goal, like the first, came off a pass from Mutala. The team leading scorer now has points in the last nine games.

Tri-City’s effort continued through the end of the game. Coach Kelly Buchberger pulled goaltender Talyn Boyko for an extra skater with just under two minutes remaining in the game.

Portland’s Seth Jarvis scored on the empty net for his third goal of the night to record a hat trick and finalize Portland’s 6-2 victory.

The Americans will return to the Toyota Center tommorow to take on the Kelowna Rockets. Join us for an early 4:05 Sunday puck drop. Tickets are available from Ticketmaster here.