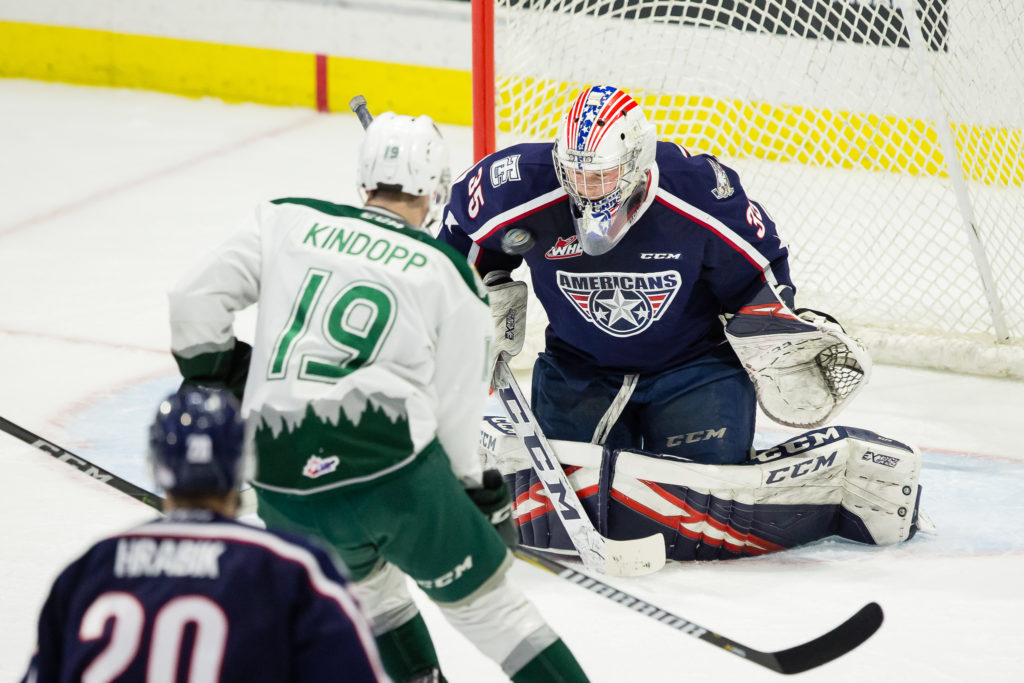 The Tri-City Americans finished off their season tonight in Everett. The Silvertips took a 9-1 Game 5 victory to win the best-of-seven series.

Everett started the game hot finishing the first period with a 3-0 lead and out shooting the Americans 22-6. They doubled up with three more goals in the second to extend the lead to six.

Beck Warm started in net for the Americans stopping 21 of 27 shots faced. After Everett’s sixth goal rookie goaltender Talyn Boyko stepped in to relieve Warm for the rest of the night. Boyko stopped 16 of 19 shots faced.

Kyle Olson netted Tri-City’s only goal of the night at 10:35 third period, assisted by Nolan Yaremko and Aaron Hyman on the power play. The Silvertips went on to win by a final score of 9-1.