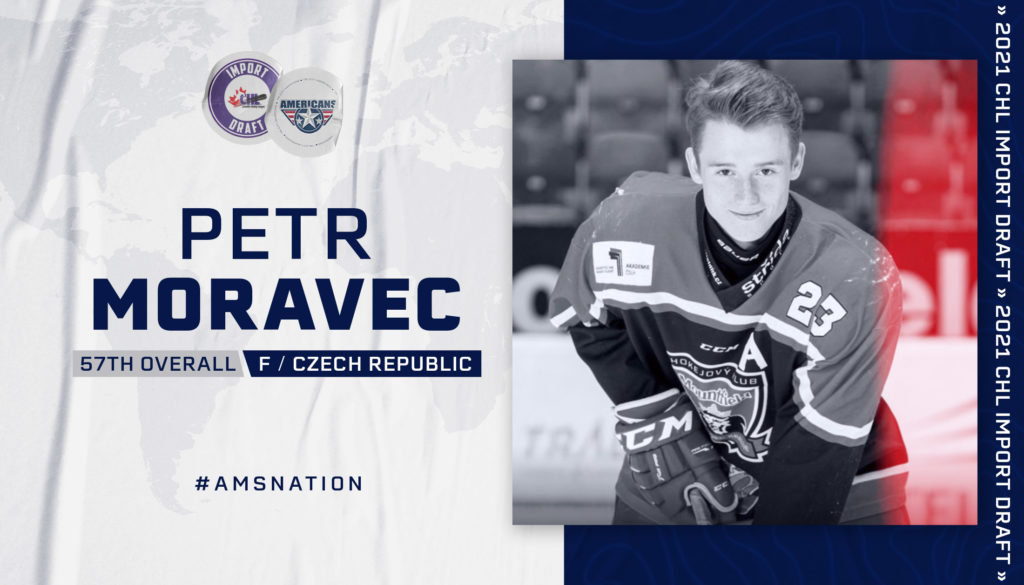 We are proud to select forward Petr Moravec from the Czech Republic. Welcome to Tri-City!

“Petr is a highly skilled offensive player with good vision and hockey IQ,” stated Tory. “He is a strong skater with very good acceleration and compete level. He plays with creativity and distributes the puck well.”

Over the past two seasons, Moravec has international experience playing with the Czech Republic at the World U-17 Hockey Challenge and the U-18 World Championship where he was teammates with Americans prospect Tomas Suchanek.

Suchanek, a 2003-born goaltender from the Czech Republic, was selected ninth overall by the Americans in the 2020 CHL Import Draft. He will fill the second import player spot on Tri-City’s roster for the upcoming season.

Moravec and Suchanek will join the Americans in Kennewick this fall. The 2021-22 season begins on Friday, October 1 as the Americans take on the Portland Winterhawks at the Toyota Center.