Americans Shut Out in Loss to Chiefs 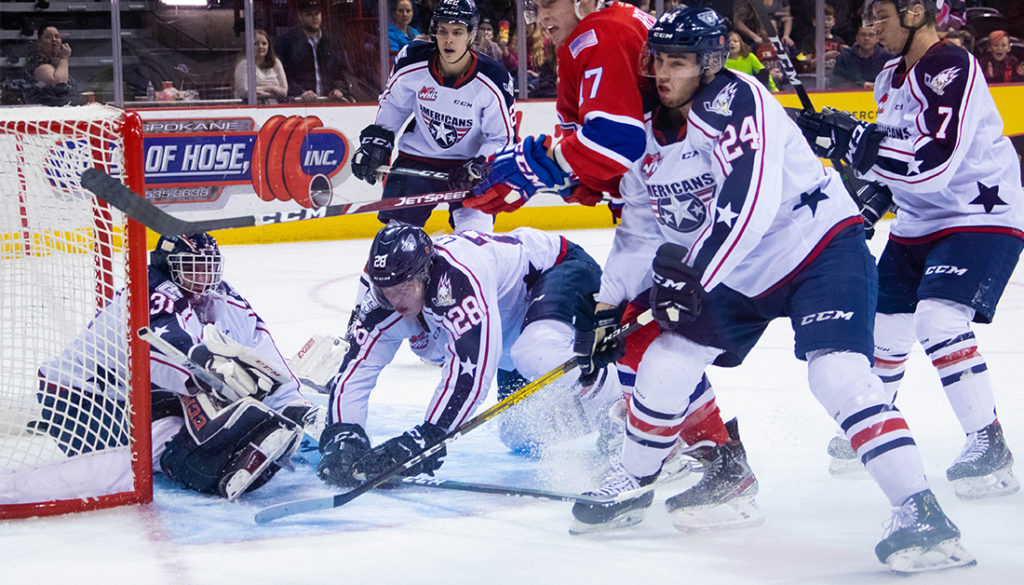 SPOKANE, WA – After falling to the Everett Silvertips 5-0 last night in Kennewick, the Americans’ offensive struggles continued again tonight in Spokane. Tri-City was once again shut out, falling to the Chiefs 6-0.

Spokane found their groove early into the second frame getting on the board just 53 seconds into the period with a goal from Jack Finley. Less than two minutes later Finley added his second of the night to give the Cheifs’ a 2-0 lead.

Americans netminder Talyn Boyko played tonight in his first game since being injured on January 17th in Kamloops. Boyko stopped 38 of 44 shots faced tonight from Spokane.

The Chiefs went on to add two more goals in the second period and another two in the third to take a 6-0 final victory. Two of the three goals were scored with a man advantage.

The Americans return to the Toyota Center next weekend for back-to-back home games. The Moose Jaw Warriors will make their biennial visit to Kennewick on Friday for a Valentine’s Day matchup. The Americans will then host a rivalry night game against the Spokane Chiefs on Saturday, February 15th. Tickets are available online from Ticketmaster here.