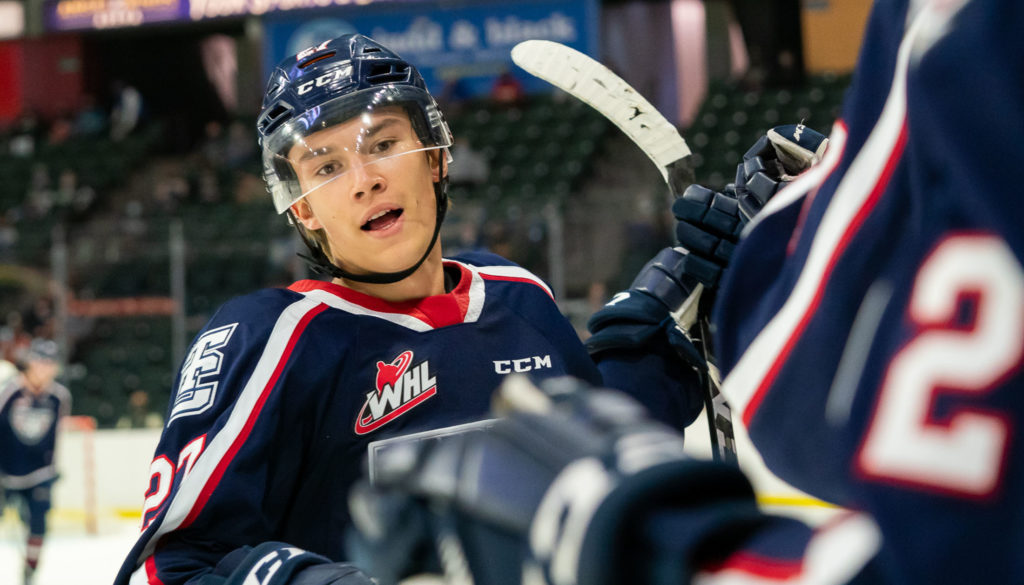 EVERETT, WA – The Americans opened their 2021 preseason today in Everett with a convincing 4-0 shutout victory over the Silvertips.

Tomas Suchanek made his first WHL appearance in net today for Tri-City. Hailing from the Czech Republic, Suchanek turned aside all 32 shots faced to earn a win in his preseason debut. The 2003-born netminder was selected by the Americans ninth overall in the 2020 CHL Import Draft. He played last season in the Czech2 league with HC Frydek-Mistek and averaged 3.12 goals against and a .908 save percentage through 21 games.

The game held scoreless through the first period and most of the second.

With 1:25 remaining in the second period,  Americans forward Rhett Melnyk buried a backhanded rebound past Silvertips goaltender Evan May to open scoring on the power play. Defensemen Mitchell Brown and Marc Lajoie received assists on the goal.

Dwayne Jean followed 1:55 into the final frame with a goal. Coming down off the rush, Parker Bell fed the puck to Jean who scored with a wrist shot. Jean, a 17-year-old forward, was signed this past week by the Americans after an impressive showing the first few days of training camp.

Melnyk added his second of the night, unassisted, on the empty net late in the game. Bell followed with one more empty net goal for the Ams, assisted by Elouann Lemonnier, to extend the lead to 4-0.

The Americans look to continue their preseason success tomorrow as they take on the Seattle Thunderbirds in Everett at noon.