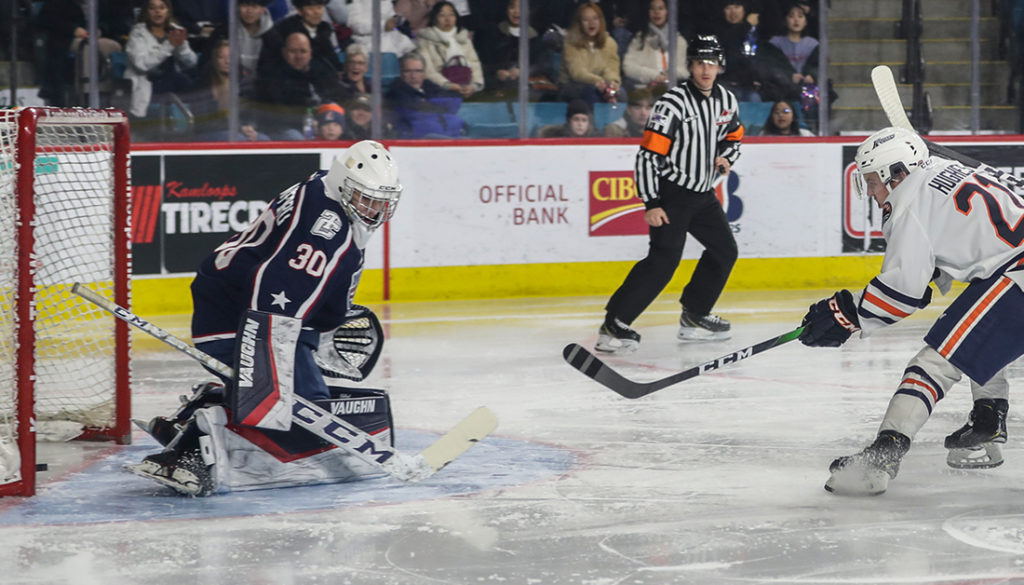 KAMLOOPS, BC – The Americans and Blazers matched up today in Kamloops for the second of back-to-back games. Once again, the Blazers took a decisive victory over the Americans winning 8-0.

The B.C. Division-leading Blazers started tonight’s game with a flurry of goals. Connor Zary, who returned tonight from the CHL Top Prospects Game, opened scoring for Kamloops just 20 seconds into the first period. He followed three minutes later with his second of the night to give the Blazers a 2-0 lead.

The Blazers continued with four more goals through the first period, taking a 6-0 lead over the Americans into intermission.

Americans rookie Mason Dunsford made his first ever start in net last night in Tri-City’s 12-3 loss to Kamloops. He was relieved by veteran goaltender Talyn Boyko, but Dunsford came back to finish the game after Boyko suffered a third period injury.

Dunsford started in net for the Americans again tonight as Boyko was scratched. The 16-year-old Dunsford stopped 41 of 50 shots faced tonight.

Scoring slowed through the remainder of the game with the Blazers adding two more in the second period and one in the third.