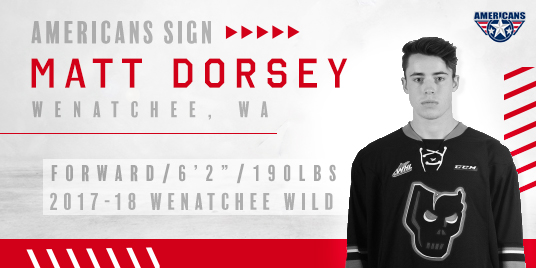 “We are excited that Matt will be joining our hockey club,” said Tory.

He is a skilled forward with very good speed.

Matt played last season with the Calgary Hitmen of the WHL and the Wenatchee Wild of the BCHL capturing the BCHL Championship and advancing to the RBC Cup.