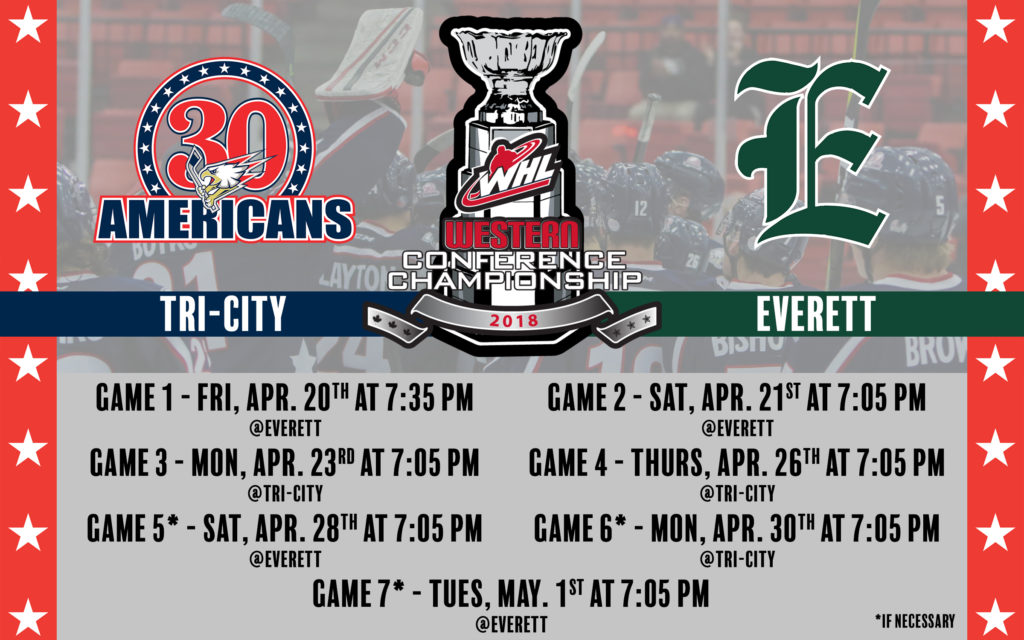 The series will switch to Toyota Center in Kennewick for Games Three and Four on Monday, April 23rd and Thursday, April 26th at 7:05 pm. Season ticket members will use Playoff Game E for Monday’s game, and Playoff Game F for Thursday’s contest.

Listen to the Voice of the Americans, Craig West, for ticket specials to games E & F on NewsTalk 870 KFLD. The Gesa Credit Union Warm Up Show will be 15 minutes prior to game time. All road games can be viewed at the Americans “Home Away from Home” Kimo’s Sports Bar in Richland.

Single game tickets for games three and four will go on sale at noon Tuesday, April 17th at Toyota Center box office, all Ticketmaster outlets, and online at www.ticketmaster.com

Groups of six or more can save money by speaking with an Americans ticket specialist at 509.736.0606 Monday through Friday from 9 am until 5 pm.