Americans Struggle to Find Net in 6-1 Loss to Kamloops 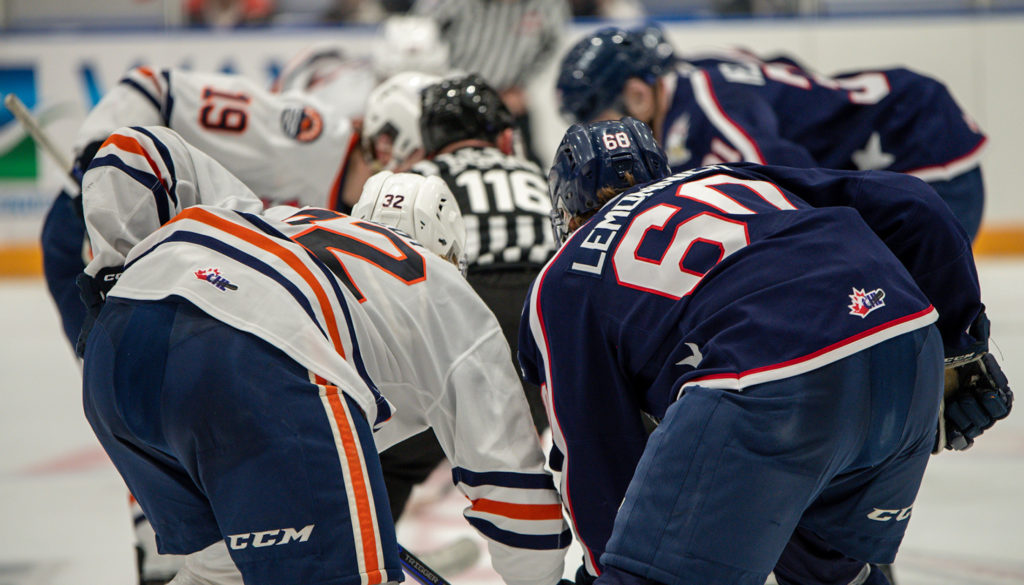 The Tri-City Americans opened a seven-game home stretch today against the Kamloops Blazers. Despite a competitive start to the game, the Americans were unable to hold off the Blazers and fell 6-1.

Tonight’s Thanksgiving Eve game at the Toyota Center opened with high-intensity. In spite of opportunities on both sides, the game held scoreless through 20 minutes of play with shots an even 10-10.

With Alex Serraglio in the box for a delay of game penalty, Kamloops opened scoring 6:14 into the second period with a power play goal from Fraser Minten. Adam Mechura took a tripping penalty at the same time, putting Kamloops back on the power play. They capitalized on the opportunity once again just 29 seconds later with a goal from Caedan Bankier.

Kamloops held a 2-0 lead for most of the second period. Lukas Dragicevic put Tri-City on the board as he took a cross-crease pass from Tyson Greenway and scored backdoor on Blazers goaltender Dylan Ernst. The goal was Dragicevic’s seventh of the season and extends his point streak to 15 games with five goals 17 assists over that period.

Tri-City’s momentum dwindled a minute later when Daylan Kuefler scored a late second period goal for the Blazers to regain their two-goal lead.

Stankoven, Bankier, and Englot each followed with goals in the third period to earn Kamloops a 6-1 victory.

Tomas Suchanek played the full game in net for Tri-City, turning aside 33 of 39 shots faced.