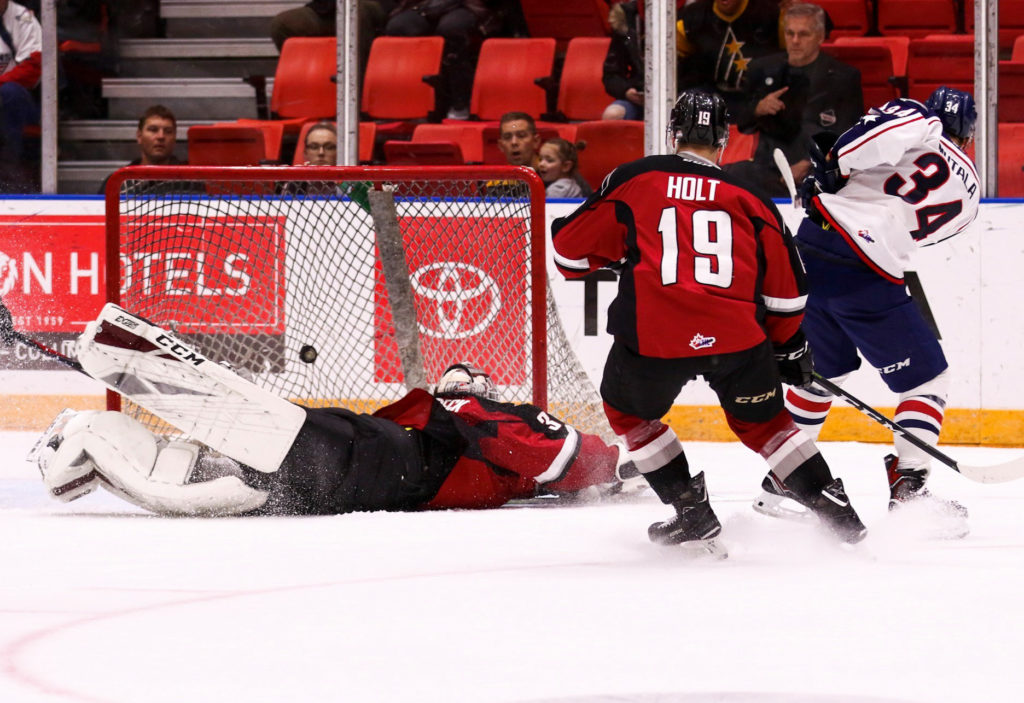 The Vancouver Giants defeated the Americans tonight in a close match in overtime.

The boys took over the first period and scored a couple goals. Riley Sawchuk got the team on the board with the assist of Hyman and Hrabik. Sasha Mutala scored the second for the 2-0 lead.

The Giants did not stay behind for long, tying things up in the second period and taking the lead 3-2 at 13:35.

Jadon Joseph scored the Giants fourth goal. The Americans followed with their fourth from Parker AuCoin on a penalty shot in the third at 1:56.

The Americans will take on the Seattle Thunderbirds at home this Saturday at 7:05 p.m. for CH2M Hill Military Appreciation Night. Tickets available at the Toyota Center Box Office and online here.