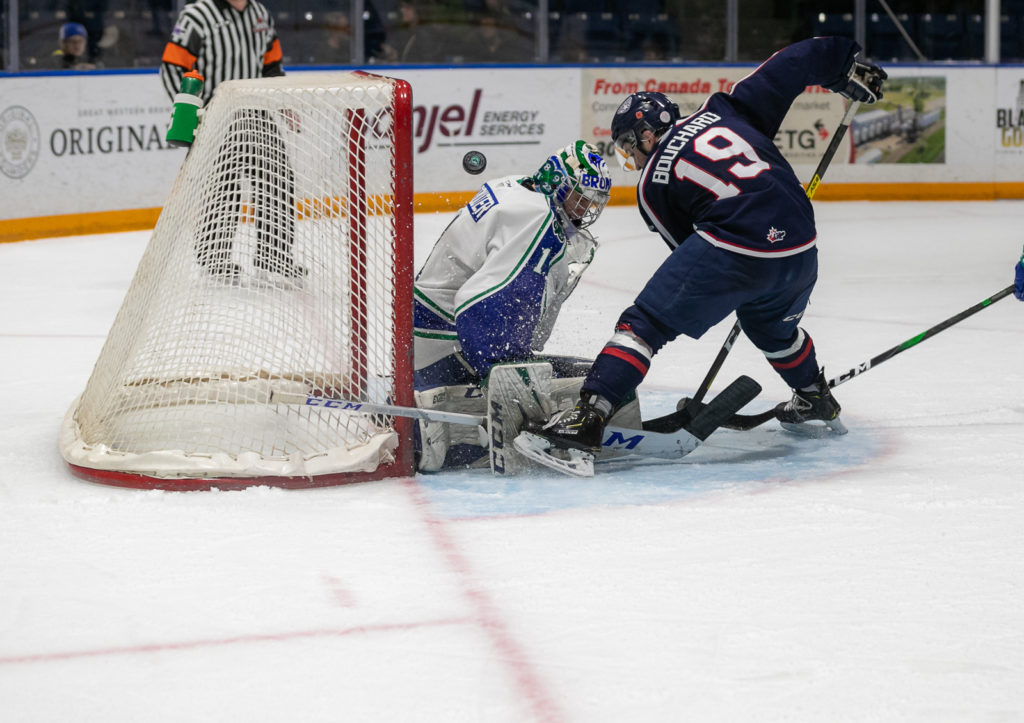 SWIFT CURRENT, SK – The Americans kicks off a three game Central Division road trip today in Swift Current. In the only game between the two teams this season, the Americans scored five straight goals to take a 5-1 victory over the Broncos. The win extends Tri-City’s Central Division record to 4-0-0-0.

Americans prospect Jake Sloan started tonight in his WHL debut. The six-foot-three and 205-pound native of Leduc, Alberta was selected by Tri-City in the third round (55th overall) of the 2019 WHL Bantam Draft. Sloan will remain with the team through the Central Division road trip.

The Broncos opened scoring tonight 12 minutes into the game with an even strength goal from D-Jay Jerome. Jerome’s goal would be Swift Current’s only tally of the night.

The Americans struggled to stay out of the penalty box at the start of the game. Through the first period they took four minor penalties, but showed off their strong penalty kill and managed to kill off all four penalties.

Swift Current took a one goal lead into the first intermission.

Rookie defenseman Marc Lajoie scored the go-ahead goal for the Americans 3:27 into the final period. Lajoie’s goal started a series of four unresponded third period goals for the Americans.

WE HAVE A FIRST GOAL HERE! 🚨@landonroberts04 nets his first ever putting the Ams up 3-1 pic.twitter.com/Zq5loSa6m2

Swift Current’s Parker Hendren took a major penalty for a slash on Blake Stevenson giving the Americans a five minute power play. Edge Lambert was able to capitalize on the opportunity to score Tri-City’s final goal of the night with 7:39 remaining in the game. Lambert’s goal marks his fourth in four games.