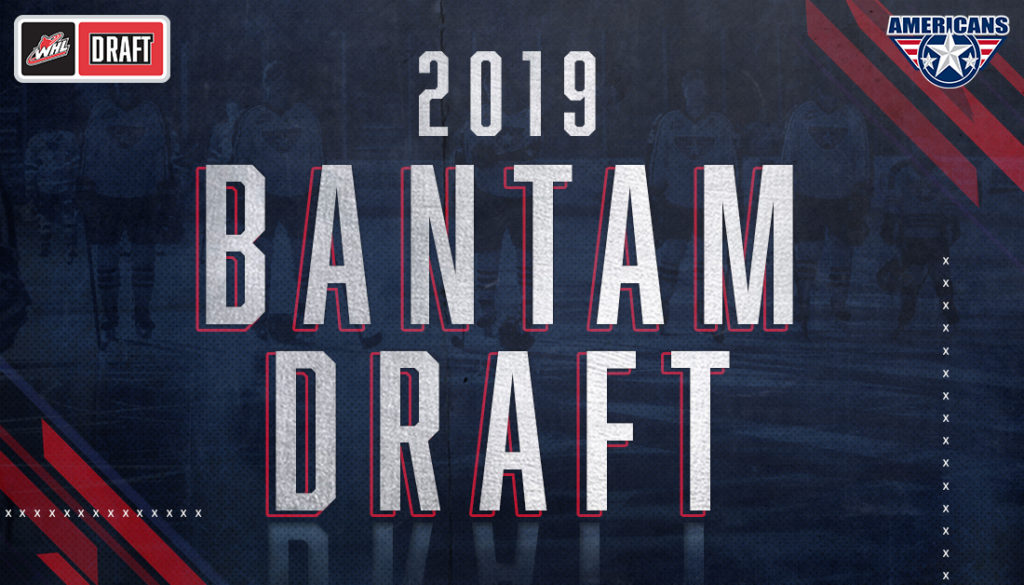 KENNEWICK, WA – The Tri-City Americans made forward Rhett Melnyk their first selection (second round, 33rd overall) today in the 2019 WHL Bantam Draft held at the Cambridge Hotel & Conference Centre in Red Deer, AB. The Americans made ten total selections in the draft including seven forwards and three defensemen.

“This is a very good draft class,” said Americans General Manager Bob Tory. “We feel we have depth in defensemen, so our main focus was acquiring skilled forwards.”

Melnyk, an Edmonton, AB-native, recorded 74 points (35 goals, 39 assists) in 33 games with the Fort Saskatchewan Rangers this past season. The 5’9, 154-pound forward added 20 points (5 goals, 15 assists) in 13 post-season games leading his team to a provincial championship.

“Rhett is a highly skilled winger. He has tremendous skating ability, high hockey IQ, and has been a leader on his team,” said Tory. “He was injured earlier in the season and unable to participate in the Alberta Cup. We were fortunate to see him earlier in the season.”

“Jake is a big power forward and a goal scorer,” said Tory. “Him and Rhett both add offensive skill. We think they will complement each other well.”

The Americans added another forward, Max Borovinsky, in the fourth round (81st overall) with a pick acquired from the Winnipeg ICE in exchange for 1999-born forward Isaac Johnson.