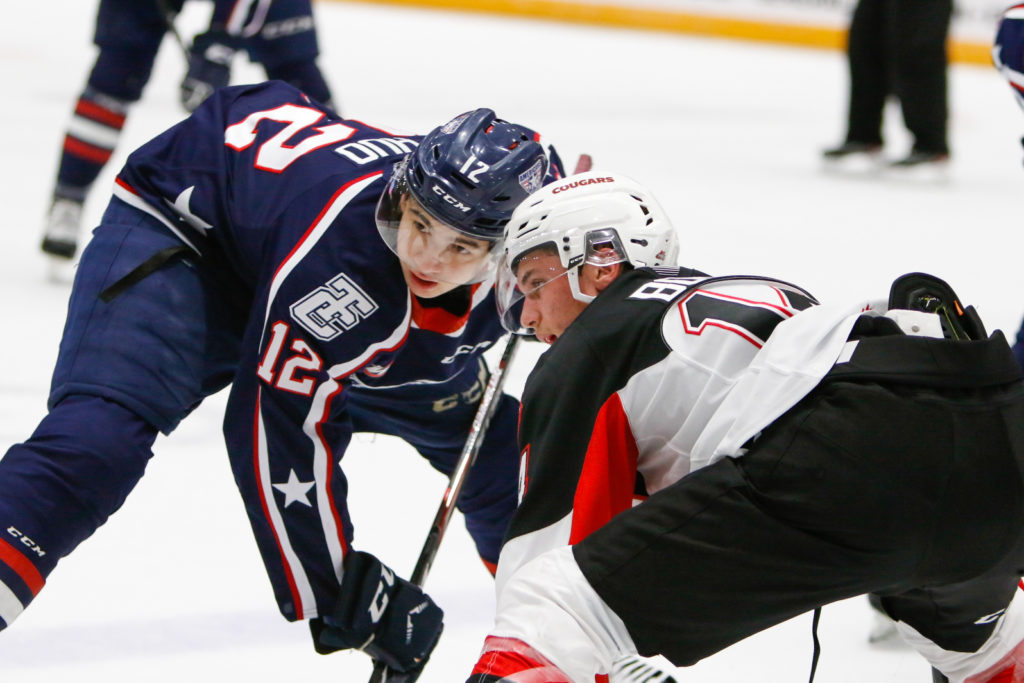 For the second time in two weeks, the Americans defeated the Prince George Cougars tonight at the Toyota Center.

Paycen Bjorklund put the Americans on the board first after a Prince George turnover in front of their net. The Americans held on to a one goal lead until an impressive individual effort from Rhett Rhinehart tied the game for Prince George.

Sam Huo put the Americans back in front with an early second period goal, assisted by Nick Bowman and Ian Ferguson. The assists marks Ferguson’s first ever WHL point. Sasha Mutala extended the lead to two just a minute later.

The Americans found themselves in penalty trouble during the third period when Edge Lambert received a double minor for high sticking follow by a high sticking penalty on Kyle Olson. Tri-City was able to kill off the four minute power play, including two minutes of 5-on-3, but Prince George scored soon after the man advantage expired. The goal, from Filip Koffer, was Prince George’s final of the evening.

Tri-City took off with the score adding two empty net goals to seal a 5-2 victory.

Talyn Boyko made his second start in net this season for the Americans. His one other start being Tri-City’s 4-2 victory over Prince George two weeks ago. He stopped 39 of 41 shots faced from the Cougars tonight.

The Americans are back at the Toyota Center next weekend! Tickets are available here.