Americans to Broadcast All 2020-21 Home Games on SWX 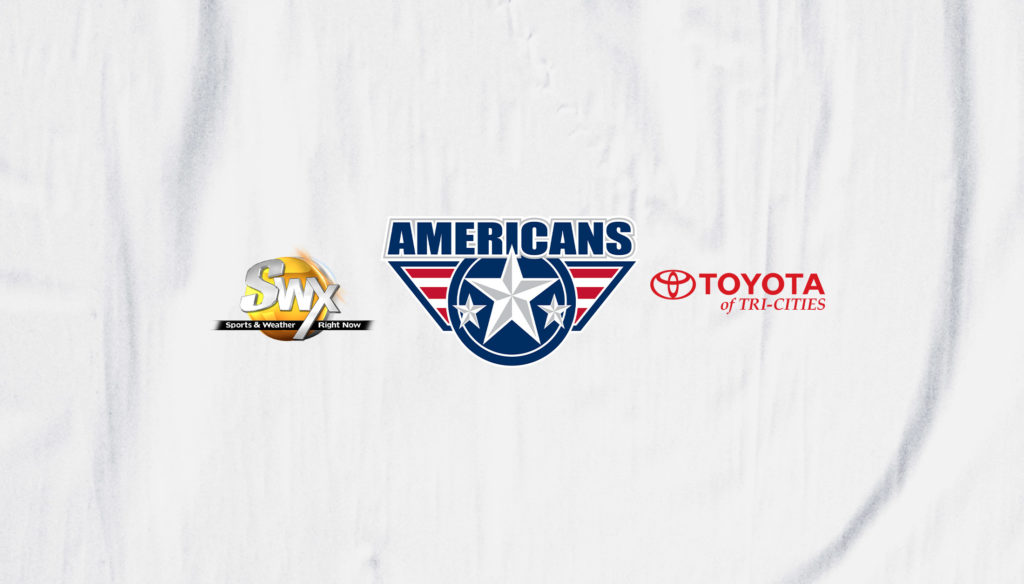 Kennewick, WA – The Tri-City Americans, in conjunction with KNDU/SWX, announced today that the two have reached an agreement on a television partnership for SWX to broadcast all 12 Americans home games during the 2020-21 season.

Toyota of Tri-Cities joins the partnership as a presenting sponsor to help make the broadcasts possible.

This agreement ensures that all fans will be able to watch each Americans home game during the unprecedented season.

Craig West, the play-by-play voice of the Americans, will be joined on the broadcast by SWX’s Jamie Council.

“It’s exciting once again to have the opportunity to call Americans games for my 22nd season,” said West. “I am looking forward to working with Jamie and to see the return of all our players.”

Fans can watch the games locally on Spectrum cable 183 and 25.3 digital or on 23.3 digital in Yakima. You can also tune in at SWXRightNow.com or on the SWX app.

All home and away games will be carried on NewsTalk 870 KFLD and 98.7 FM. The home games will be a simulcast radio and TV. Pete Christiansen will serve as the host of home radio broadcasts.