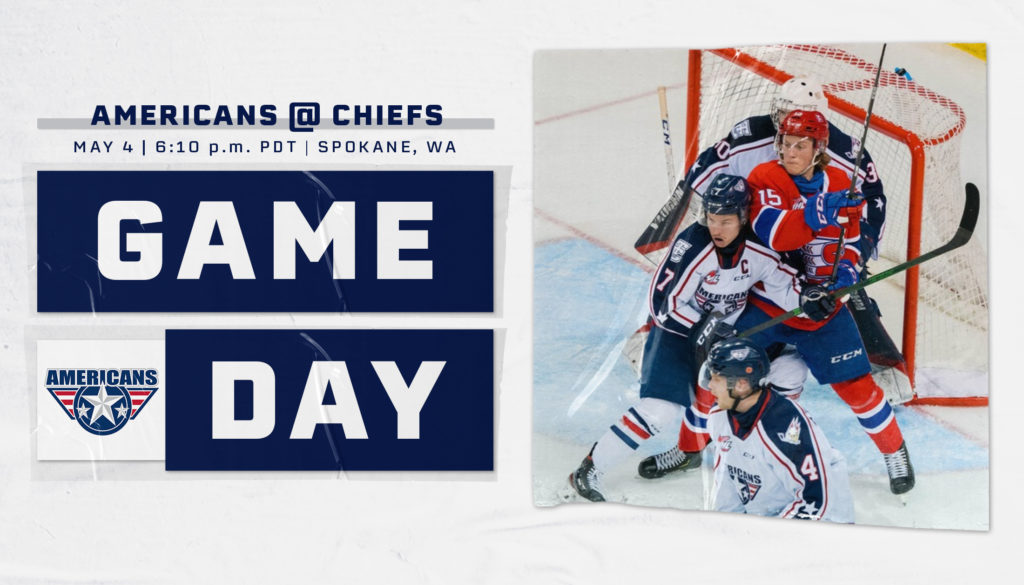 The Americans head to Spokane today for their final game in their season series against the Chiefs. Coming off their first road win of the season, the Americans will look to secure a second straight away victory.

The most recent meeting between the two teams was April 28th, the Americans first game back after 10-days of isolation due to a positive COVID-19 case. Tri-City fell 5-3 but controlled the puck most of the night and out shot the Chiefs 36-27. Although the Americans have seen their struggles on the road dissipate since returning to play, they still have yet to secure a win in Spokane this year. The season series between the two teams is even at 2-2, with the home team winning each game.

Sam Huo leads head-to-head scoring with three goals and three assists. Luke Zazula has also been strong against the Chiefs for Tri-City. All three of his goals and two of his five assists this season have came against Spokane. For the Chiefs, Minnesota Wild prospect Adam Beckman has led scoring against the Americans. He has totaled four goals and two assists against the Ams, including a hat trick in their most recent meeting.

Tri-City most recently played in Portland on Saturday, May 1. Three early goals carried the Americans to a 3-2 victory and their first road win of the year.

Just 30 seconds after puck drop, 20-year-old forward Nick Bowman opened scoring with a backhand shot from the right circle. Bowman’s goal, his second of the season in as many games, came assisted by rookie Jake Sloan and Marc Lajoie.

Colorado Avalanche prospect Sasha Mutala followed just 20 seconds later with his sixth goal of the season. Defenseman Ian Ferguson fed the puck to Mutala who scored with a wrist shot from the slot.

Tri-City’s dominate first period gave them a 3-0 lead heading into the first intermission.

Portland came out for the second frame with more momentum. They out shot the Americans 36-27 through the final 40 minutes and scored twice to make it a one-goal game.

Netminder Talyn Boyko held on for the Americans and turned aside 37 of 39 shots faced to secure their first away victory of the year.