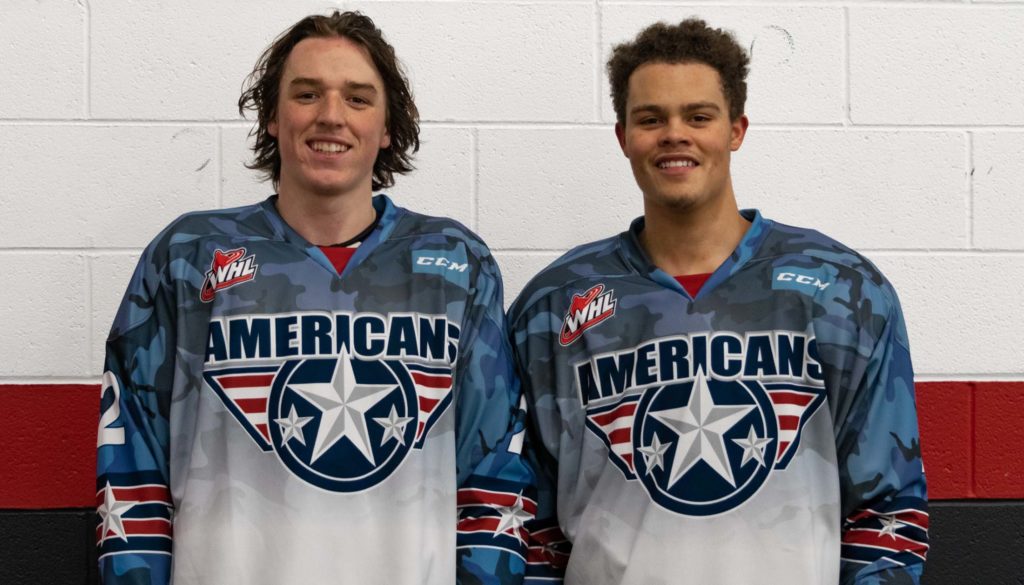 Join the Tri-City Americans on Friday, January 14th when they take on the Kamloops Blazers for Columbia Basin Oral & Maxillofacial Surgeons Military Appreciation Night. The game will be presented by Townsquare Media and KEPR.

The Americans will wear special Military Appreciation Night jerseys in honor of veterans and active military. All jerseys will be auctioned off following the game on AmsHockeyAuctions.com. Bidding will start at $250 with a Buy It Now option of $650.

There will be a salute to each of the five branches of the military during the game and a silent auction behind section J. A portion of proceed from the auction will benefit military families.

Single game tickets can be purchased at the Toyota Center Box Office or online from Ticketmaster here. For information on how you can build your own ticket package and save with Americans Flex Packs, click here! 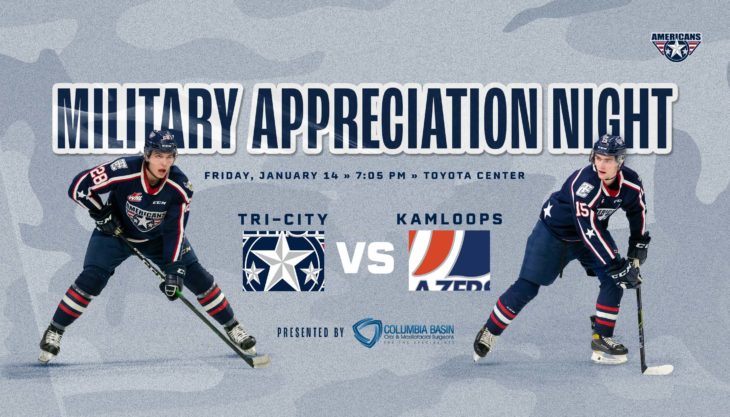 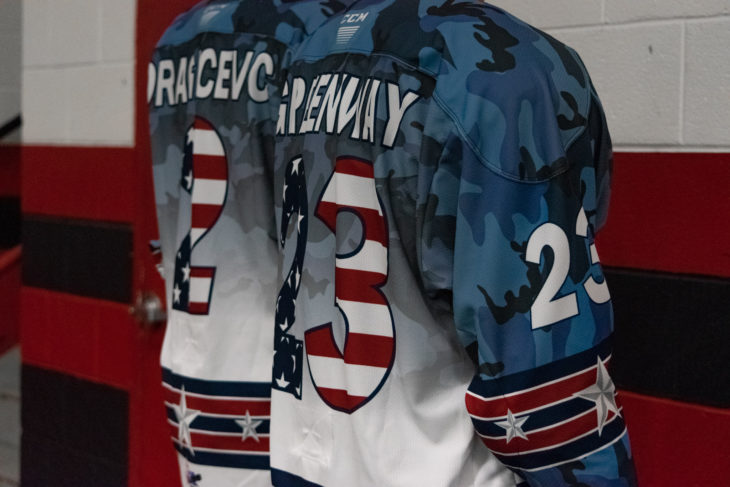