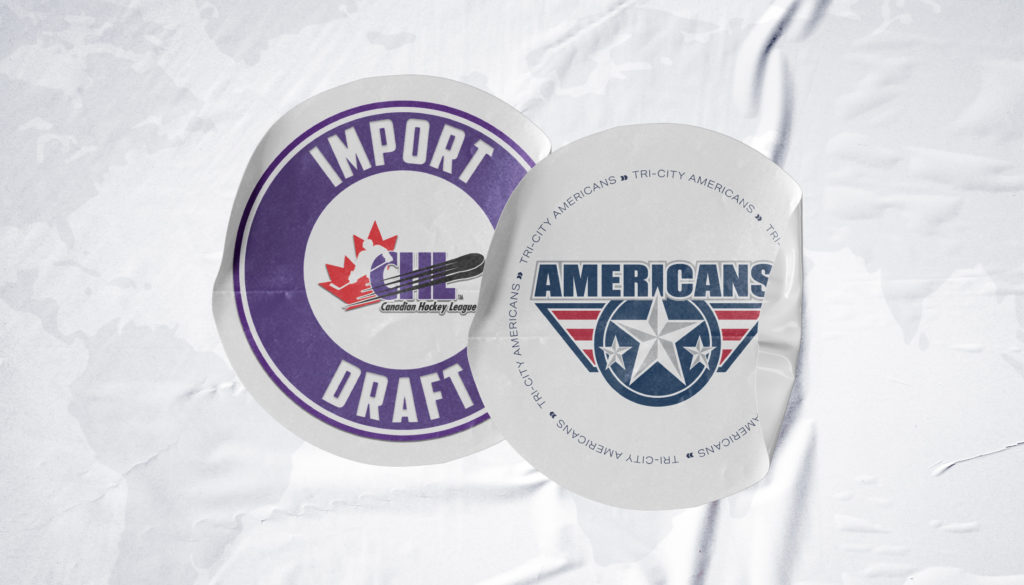 KENNEWICK, WA – The Tri-City Americans will look overseas on Wednesday as they take part in the Canadian Hockey League’s 2021 Import Draft. The annual draft gives teams from all three CHL leagues (the Quebec Major Junior Hockey League, Western Hockey League, and Ontario Hockey League) an opportunity to select the rights to players outside of North America.

The two-round draft will take place online with the order of selection rotating through each of the CHL’s three leagues. The QMJHL’s Baie-Comeau Drakkar hold the number one pick, followed by the WHL’s Everett Silvertips at number two, and the OHL’s Barrie Colts who will select third overall.

Each CHL team is allowed a maximum of two import players selected through the CHL Import Draft.

Andrej Golian was the only import player on Tri-City’s roster for the 2020-21 season. The native of Slovakia was selected 69th overall by Tri-City in the 2020 CHL Import Draft. Golian recently signed a professional contract with HC Slovan Bratislava where he will play next season.

Tomas Suchanek, a goaltender from the Czech Republic, was Tri-City’s first selection in last year’s CHL Import Draft at ninth overall. He played this past season with HC Frydek-Mistek in the Czech2 league where he averaged 3.12 goals against and a .903 save percentage through 21 games. Suchanek, a ranked prospect for the upcoming NHL Draft, will join the Americans for the 2021-22 season.

With room for one more import player on the roster, the Americans will select once in tomorrow’s draft at 57th overall.

The inaugural CHL Import Draft took place in 2001. Through the past 29 years the Americans have made 27 selections. The 27 import players include ten from the Czech Republic, seven from Russia, four from Slovakia, two from Belarus, two from and Sweden, and one from each Norway and Finland.

Over the years Tri-City has used their import draft picks to select 14 forwards, 11 defensemen, and two goaltenders.

Fans can follow the draft live on the WHL website. It will take place tomorrow Wednesday, June 30th at 8:00 AM PDT.