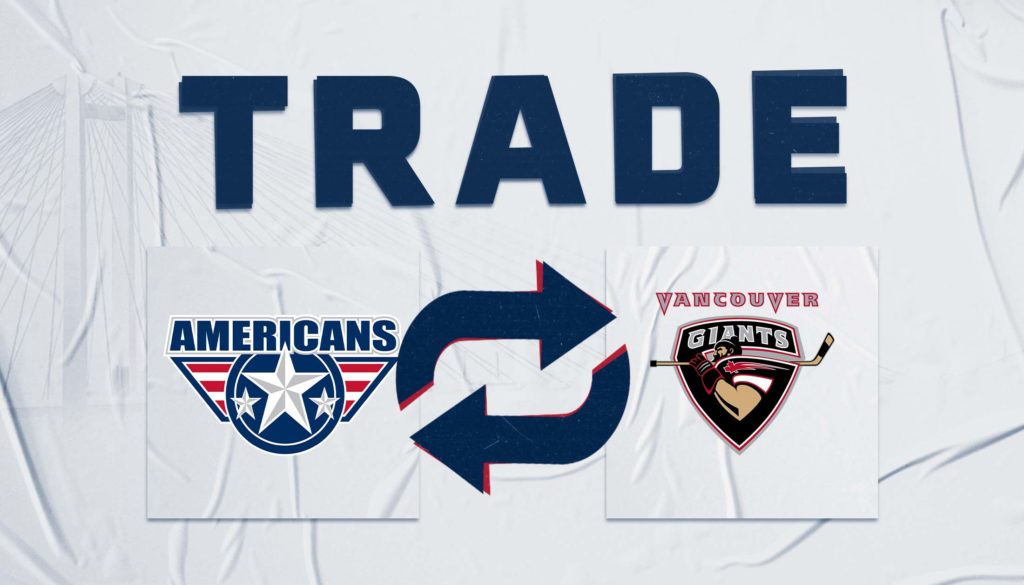 “With five returning 19-year-old defensemen, we needed to make room for some younger players on the roster,” stated Tory. “We thank Carson for his time with the Americans and wish him nothing but the best in Vancouver.”

Haynes was selected 58th overall by the Americans in the 2018 WHL Prospects Draft. He collected one goal and eight assists through 48 career games with Tri-City.