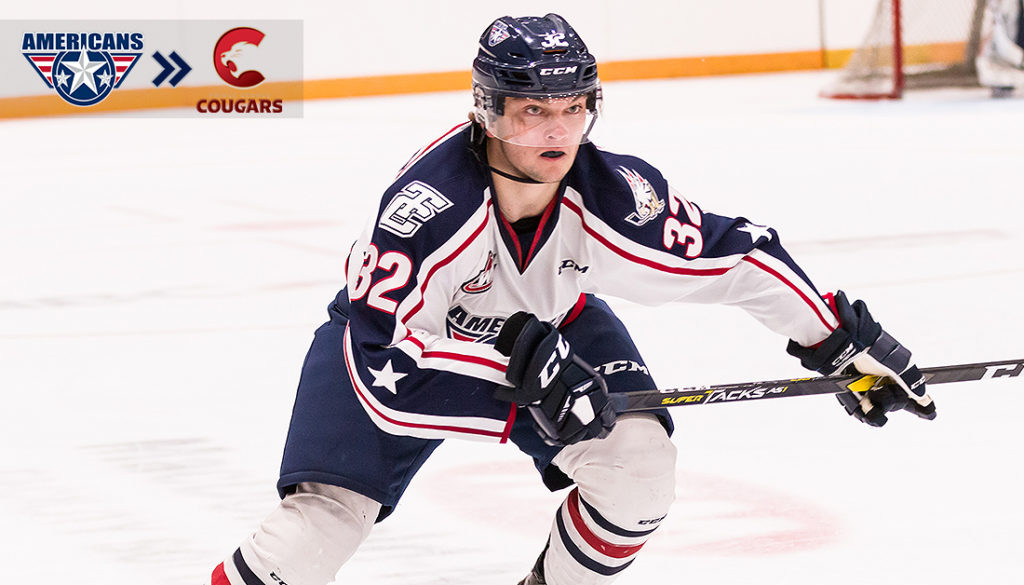 “With 16 forwards on the roster we needed to reduce numbers. This gives Nikita an opportunity to play in the Western Hockey League,” stated Tory. “We wish him nothing but the best.”

Krivokrasov was originally signed by the Prince Albert Raiders in 2016. The Westminster, CO native joined the Americans during training camp after playing last season for the Corpus Christi IceRays of the NAHL. He totaled two goals, two assists, and thirteen penalty minutes in eleven games with the Americans.

Give the gift of hockey this holiday season! Our 2019 Holiday Packs are now on sale. For $68 receive four Americans ticket vouchers, two $10 concession vouchers, and two Americans hats. Shop here.