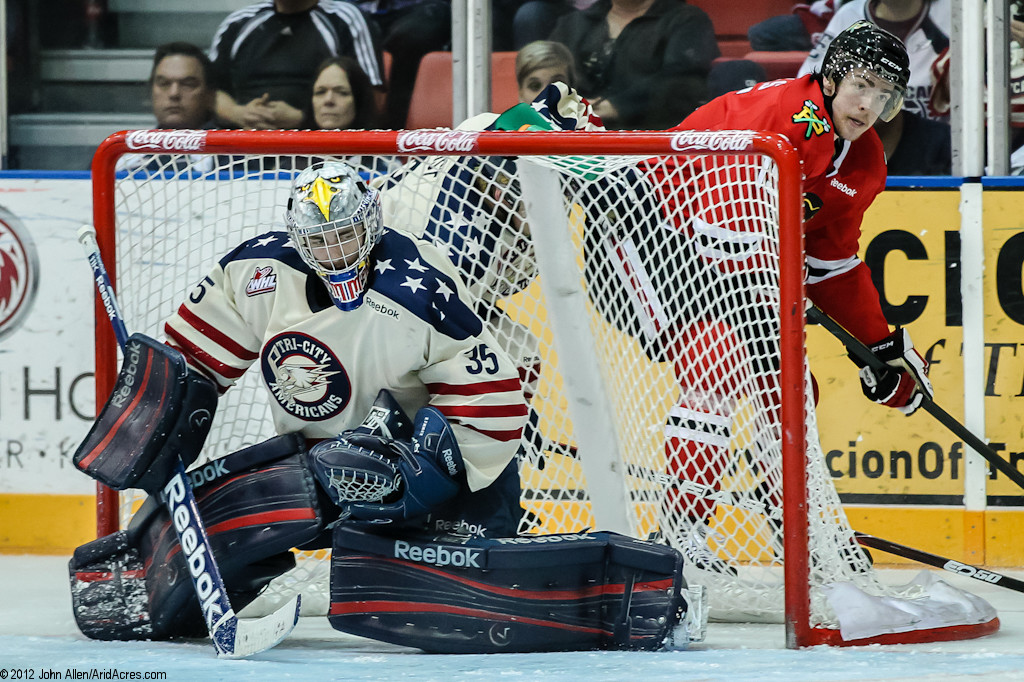 Rimmer, a 6’0 170-pound netminder from Edmonton, Alberta, was a 14th round (303rd overall) selection by the Brandon Wheat Kings in the 2007 Bantam Draft and was acquired by Tri-City last summer in exchange for Drew Owsley.  Rimmer posted a banner year in 2011-12, despite splitting time with rookie Eric Comrie.  In 46 games played, Rimmer went 31-12-1-1 with 5 shutouts and WHL-bests in both goals against average (2.43) and save percentage (0.922), earning Western Conference Goaltender of the Year and 1st Team All-Star nominations.  Despite just one year of service, Rimmer’s 31 wins ranks 8th on Tri-City’s all-time wins lists, while his 5 shutouts place him in a tie for 5th all-time with Lance Leslie.

“Obviously we have an overage situation that needed attention,” stated Tory.  “This deal helps alleviate a part of those issues while returning valuable draft picks.  Ty made the most of his time here in Tri-City and we cannot thank him enough for his contributions to our club over the past year.”

“Unfortunately, we cannot keep all of our overage players and this gives Ty the opportunity to continue to play in the WHL in a dominant role with Lethbridge,” Tory continued.  “He is a great teammate and person and we wish him nothing but the best with the Hurricanes.”

The move leaves Tri-City with seven overage players still on the roster from the 2011-12 season.  The remaining 20-year-olds are Justin Feser, Patrick Holland, Jordan Messier, Jesse Mychan, Nathan MacMaster, Drydn Dow and Derek Ryckman.  The Americans will need to be down to three overage players by mid-October.