Americans Unable to Hold Off Cougars in 5-1 Loss 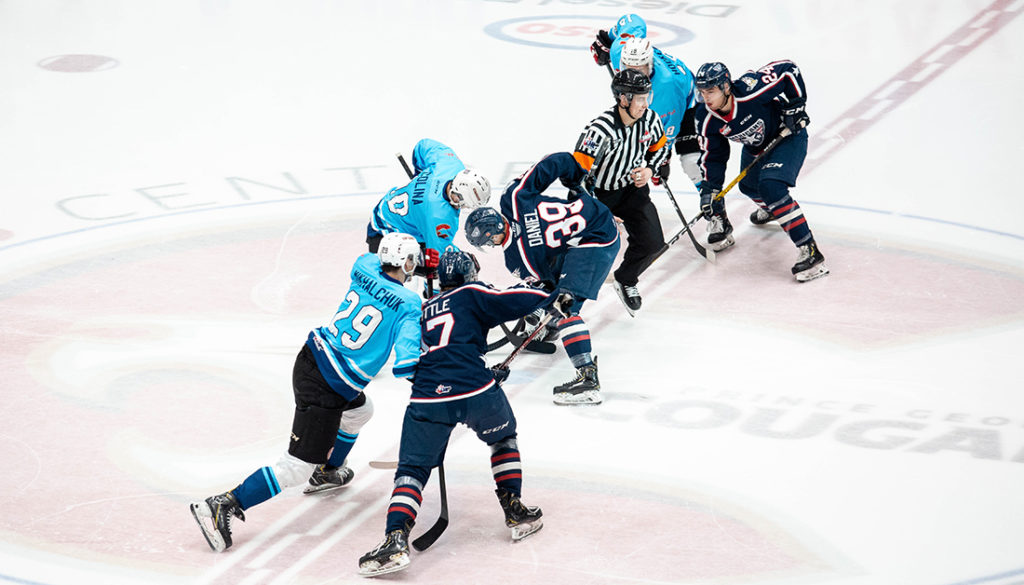 PRINCE GEORGE, BC – The Americans and Prince George Cougars kicked off a doubleheader weekend tonight in Prince George. The Americans scored the first goal of the night, but were defeated by four third period goals from the Cougars.

15-year-old Americans netminder Ronin Geraghty made his third straight start tonight and stopped 29 of 34 shots faced from the Cougars. Geraghty joined the Americans last week as an affiliate player after second-year netmidner Talyn Boyko was injured in Kamloops.

After a scoreless first period, the Americans opened scoring with a goal from Luke Zazula 6:44 into the second frame. Zazula scored on a 3-on-2 opportunity after Prince George turned over the puck to Tri-City’s Parker Bell.

Josh Maser tied the game for Prince George at 16:16 second period with a power play goal.

The Americans were 0/3 on the power play tonight and the Cougars finished 2/4 with a man advantage.

The game held tied into the third period.

Prince George started the final frame with a flurry of goals. They scored four times within eight minutes, including two goals 39 seconds apart at the beginning of the period.