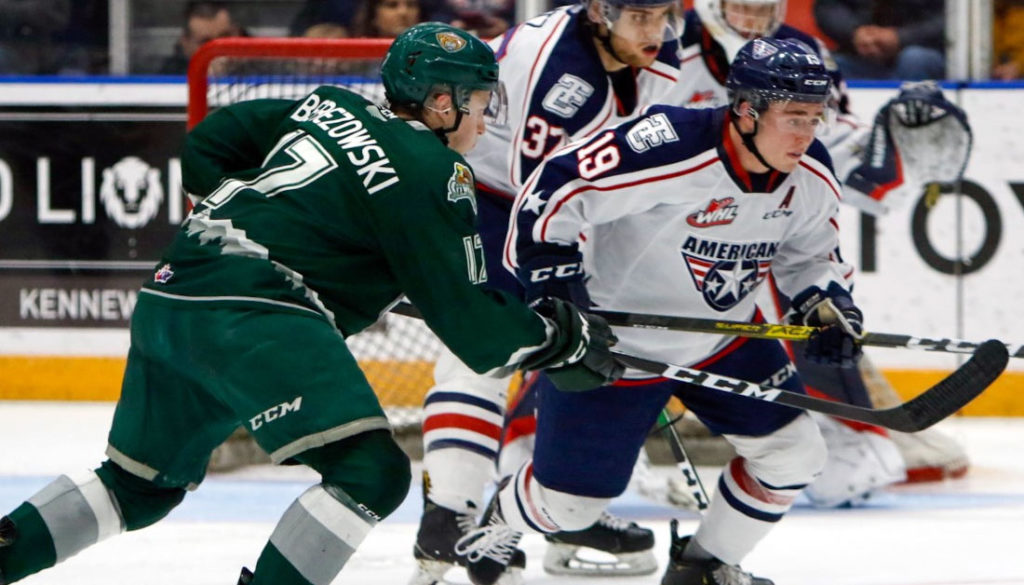 KENNEWICK,WA – The Americans and Silvertips matched up tonight for the fifth time in their nine game season series and the first time this season at the Toyota Center. The Americans started the game strong, but were unable to hold off the high-ranked Silvertips.

The Americans return to the Toyota Center next weekend for back-to-back home games. The Moose Jaw Warriors will make their biennial visit to Kennewick on Friday for a Valentine’s Day matchup. The Americans will then host a rivalry night game against the Spokane Chiefs on Saturday, February 15th. Tickets are available online from Ticketmaster here.