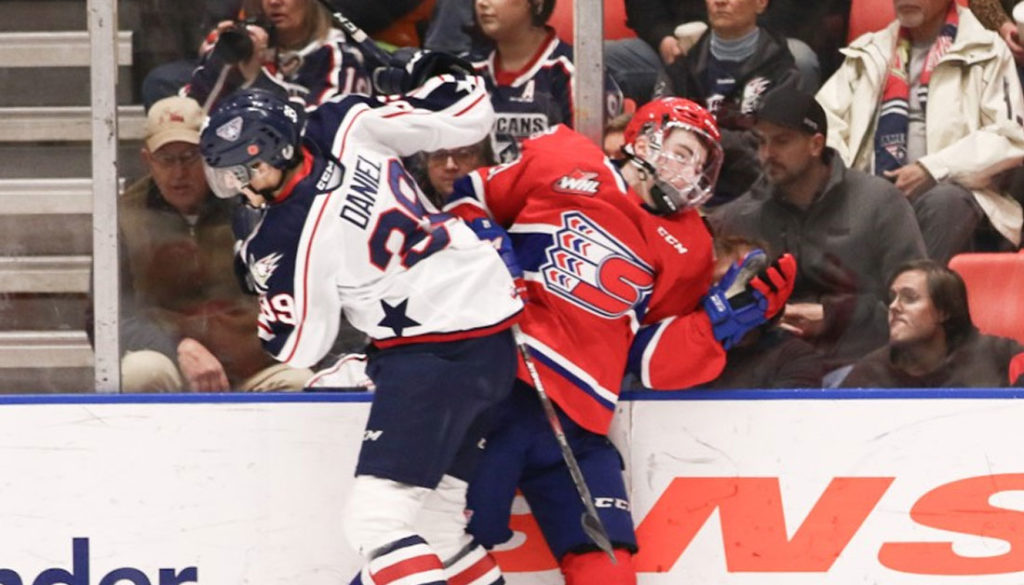 KENNEWICK, WA – The Americans and Chiefs met up today at the Toyota Center for a thrilling rivalry game. After falling behind 4-1 the Americans came back to tie the game, but were unable find a lead ultimately falling to the Chiefs 6-4.

Spokane led by two when Edge Lambert scored Tri-City’s first goal of the night at 18:02 first period. Lambert’s goal, scored on the power play, marks his third in as many games.

The Chiefs replied with a goal from Luke Toporowski just a minute later to take a 3-1 lead into intermission.

Spokane took a dominate 4-1 lead early second period with a goal from Eli Zummack. Thirty seconds later Sasha Mutala scored on the power play starting a goal streak for the Amerians. Coming off his first career hat trick last night, Mutala now has four goals and one assist over the past three games.

Sam Huo and Jadon Joseph both added goals for Tri-City tying the game at four.

Halfway through the final frame Toronto Maple Leafs prospect Filip Kral scored to once again give the Chiefs a lead. Edge Lambert nearly scored with just over four minutes remaining in the game, but after review the goal was waived off.

The Americans made a strong push to tie the game in the final seconds, but were unable to find the back of the net.