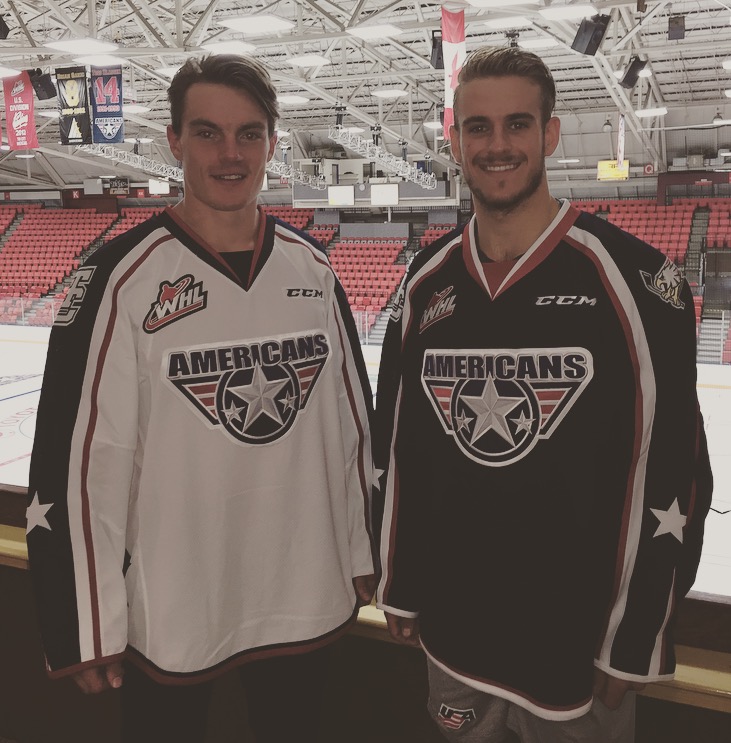 KENNEWICK, WA – The Tri-City Americans are unveiling new home & away jerseys for the upcoming 2015-16 season. It is the first change to the primary sweaters since the 2009-10 season.

“We are thrilled with how our new jerseys turned out,” Americans’ Governor/GM Bob Tory said. “It’s an exciting time to start a new season with a sleek new look, while also paying homage to the great history of our team.”

While the new jerseys are similar to the previous version, notable changes to the jerseys include the return of stars to the jersey, a popular feature in previous editions. A star has been added on each sleeve as well as the side of the jersey.  Also featured is a red and white stripe starting at the collar and running down the sleeve. The home white jerseys have a blue half-sleeve starting at the collar. Inspiration for the change came from the NHL’s Columbus Blue Jackets jerseys, as well as a need to further enhance the organization’s unique design and colors.