Ams Awaken Too Late in 8-5 Loss to Thunderbirds 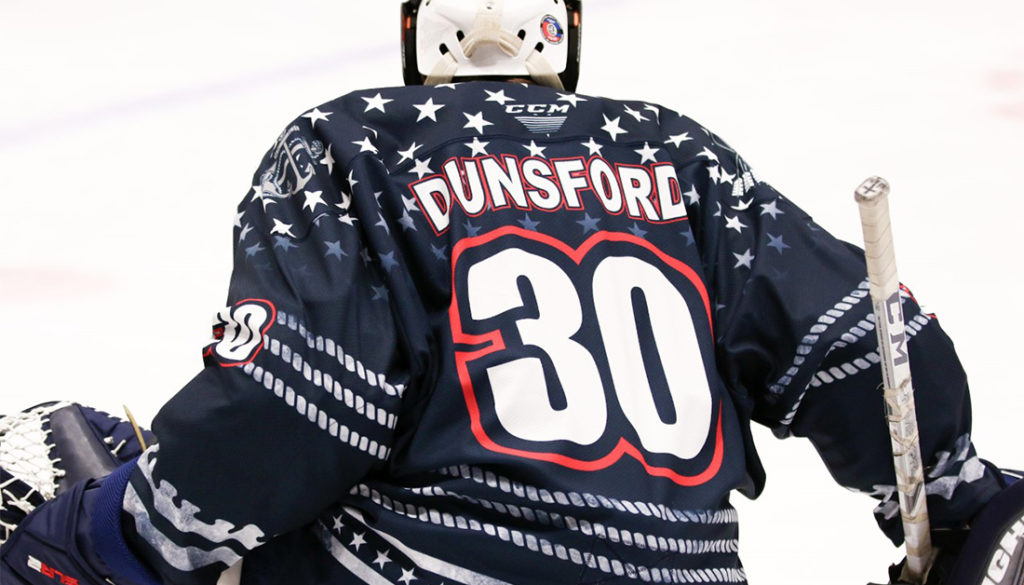 KENNEWICK, WA – The Americans matched up against the Seattle Thunderbirds tonight at the Toyota Center for Military Appreciation Night. Tri-City went on an offensive hot streak late, but ultimately fell 8-5 to Seattle.

The Thunderbirds dominated the first period taking a 4-0 lead after 20 minutes. Americans goaltender Talyn Boyko made 9 saves on 13 shots and was relieved in net by rookie Mason Dunsford for the second period.

Dunsford stopped 26 of 30 shots faced through the remainder of the game.

Rookie defenseman Marc Lajoie netted Tri-City’s first goal of the night with a hard shot from the blue line at 2:50 second period. Seattle’s Connor Roulette scored halfway through the period, but Connor Bouchard responded a minute later for the Americans. Bouchard’s goal, his 8th of the season, came on the power play assisted by Krystof Hrabik and Luke Zazula.

Jerseys from tonight’s Military Appreciation Night are being auctioned off on AmsHockeyAuctions.com. Bidding starts tonight and will close at 8:00 PM on Sunday, January 26th. The minimum bid is $250 with a Buy It Now option of $650.

All of Seattle’s goals were scored even strength.

The Americans are back at the Toyota Center tomorrow to take on the Regina Pats. Tickets are available online from Ticketmaster here.