Ams end their win streak with 5-1 loss in Regina 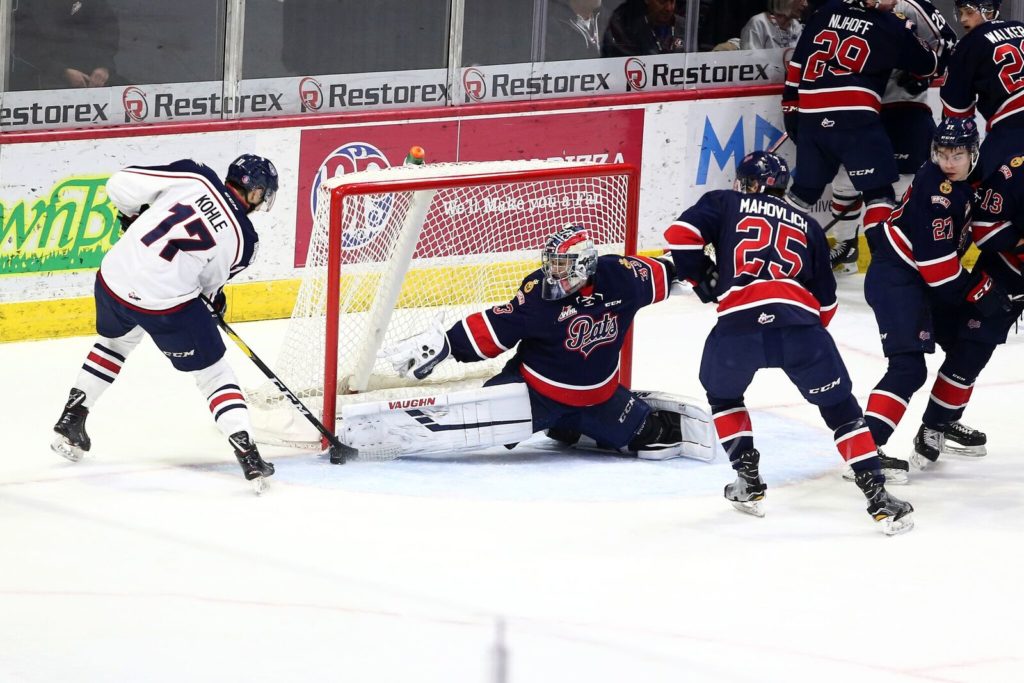 Tri-City began their biennial Eastern road trip today in Regina. The Americans entered the road trip with a six game win streak and 6-1-0-0 road record. Their win streak was snapped by the Pats in a decisive 5-1 loss.

The Americans had four power play opportunities in the first period, including a 5-on-3 man advantage at 7:14, but were unable to score. Tri-City out shot Regina 14-7 through the first twenty minutes.

Regina extended their lead in the second period with a goal from Marco Creta, his first of the season; and one from Leschyshyn, his second of the night. Parker AuCoin scored the Americans only goal at 18:56 on the power play. At the end of the second period Regina led 4-1. Shots were 16-15 in favor of Tri-City.

Leschyshyn score the night’s last goal at 7:57  with a 5-on-3 advantage for his first career hat trick.

Tri-City continues their road trip on Sunday in Brandon at 12:30 PT.