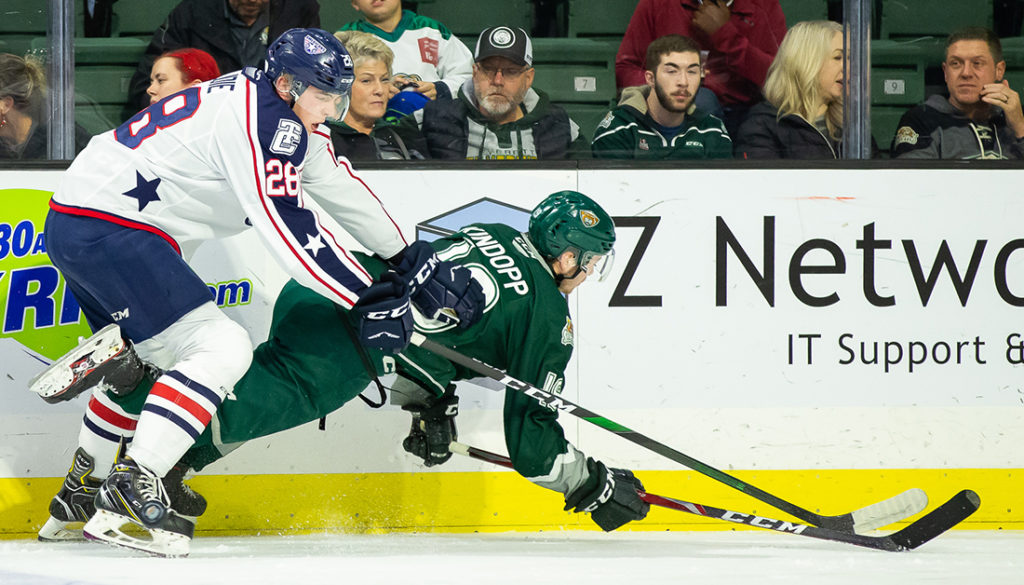 Looking to continue their win streak after back-to-back victories last weekend, the Americans headed to Everett today to take on the Silvertips. The Americans fell behind early and couldn’t find the momentum to rebound, ultimately falling 5-1.

The Silvertips put themselves up by two in the first period with goals from Bryce Kindopp and Michal Gut. Dawson Butt added a third mid-second period extending the lead to three.

Colorado Avalanche prospect Sasha Mutala scored the Americans’ only goal tonight at 14:12 second period. The 18-year-old forward was able to make room in the high slot and score his fifth of the season with a hard wrist shot through traffic. The goal was assisted by Sam Huo.

Everett found the back of the net twice more in the final period cementing their victory.