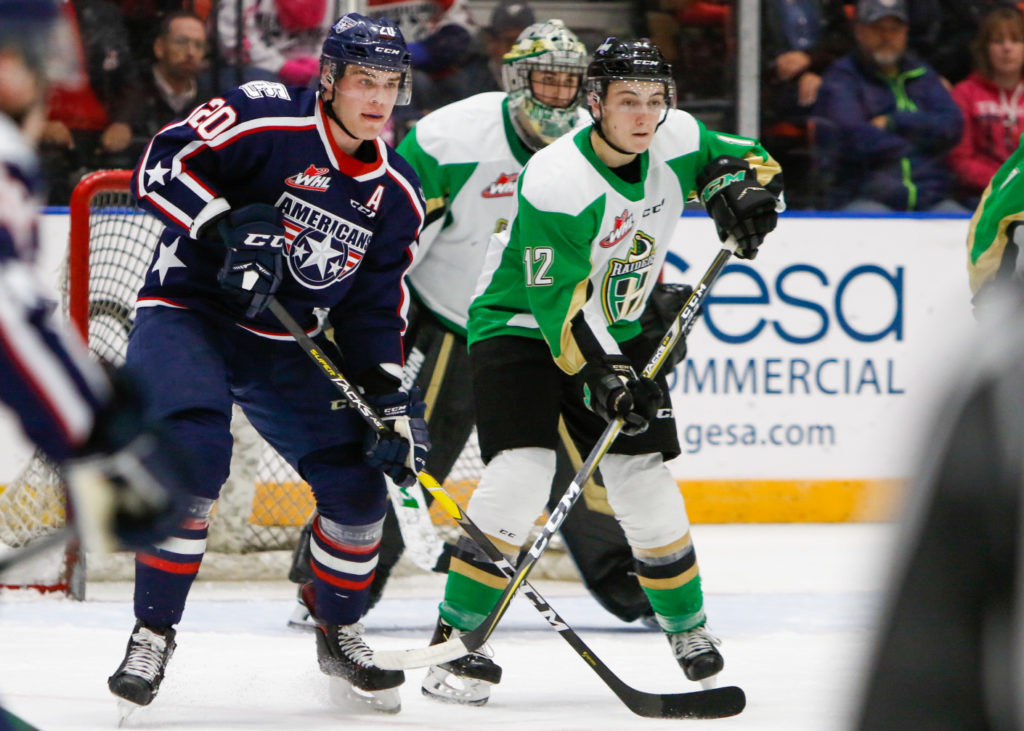 Prince Albert, winners of the 2019 Ed Chynoweth Cup, made their biennial visit to the Toyota Center today. After a close fought game between the Americans and Raiders, Prince Albert was able to steal the victory in a shootout.

Following a scoreless first period, Raiders rookie Tyson Laventure opened scoring at the Toyota Center with his second ever WHL goal. Less than three minutes later Americans Captain Kyle Olson replied with a power play goal from the slot to tie the game.

A 🚀 from Kyle Olson to tie things up here at the Toyota Center#thesoundofmusic pic.twitter.com/b4FmdGAoju

The game held tied at one into the third frame. Colorado Avalanche prospect Sasha Mutala scored his sixth of the season from a scramble in front of the net, giving the Americans a lead with seven minutes. Tri-City held the 2-1 lead into the last minute of play, but Prince Albert found the final game tying goal after pulling goaltender Boston Bilous for an extra attacker. For the third time in 12 games, the Americans headed to overtime.

Prince Albert’s Brayden Watts took a hooking penalty during overtime giving Tri-City a two minute power play, but the Americans were unable to capitalize and finish the game.

Beck Warm put up a first-star performance in net for the Americans with 46 saves on 48 shots faced. Prince Albert out shot Tri-City 27-48.

The overage netminder has been victorious in his past eight shootout attempts, but that streak ended tonight against the Raiders. Ilya Usau was the only skater able to score in the three round shootout, stealing the victory and extra point for Prince Albert.

The Americans play at the Toyota Center again tomorrow as they take on the Prince George Cougars. Tickets are available here. There will be a children’s Halloween costume contest during the first intermission (details).