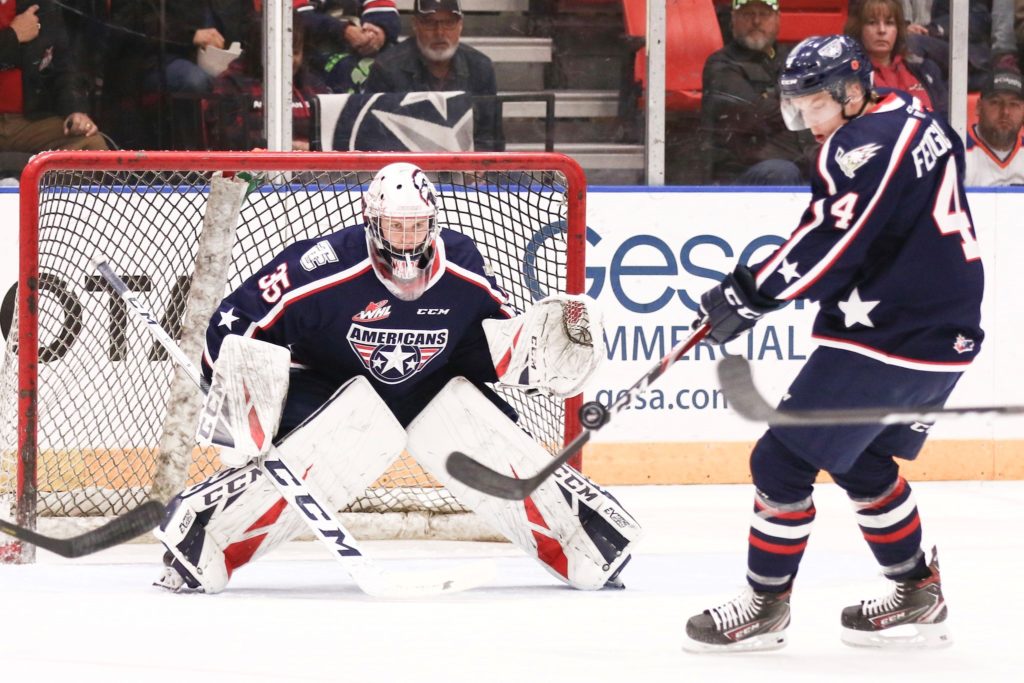 After a sweeping a three game road trip in the Central Division, the Americans returned home tonight to take on the Spokane Chiefs. After a close fought match, the Chiefs scored with just seconds remaining to take a 4-3 win over the Americans.

The two teams have now met three times this season with the away team taking each win.

San Jose Barracuda prospect Krystof Hrabik scored for the Americans at 16:19 with a deflection off a shot from Bryan McAndrews. Bear Hughes responded just seconds later to take back the two goal lead for Spokane.

Blake Stevenson followed with his first goal of the season to tie the game at three with eight minutes remaining in the game. The goal marks Stevenson’s first since returning five games ago from a long term upper body injury.

The game looked like it was headed for overtime until Beckman scored with just 50 seconds remaining to take back the lead for Spokane.

The Americans will host the Winnipeg ICE and Kelowna Rockets next weekend at the Toyota Center. Tickets are available here.