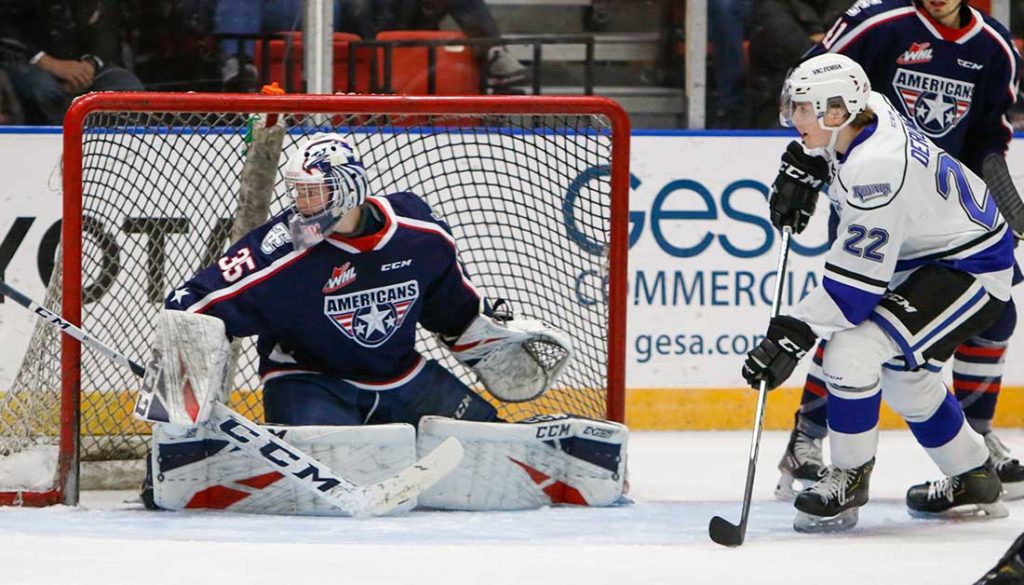 The Americans were unable to find a lead tonight and ultimately fell 3-1 to the Victoria Royals at the Toyota Center.

Luke Zazula made his debut with the Americans tonight starting on Tri-City’s blue line. The 19-year-old defenseman was acquired from Kamloops on Wednesday.

Gary Haden opened scoring for Victoria on the power play with a shot from the slot at 5:10 first period. The Royals held the one goal lead into the third period.

Avalanche prospect Sasha Mutala was *this* close to tying the game😱#AmsNation pic.twitter.com/JOhDVWwlYh

Points leading rookie Edge Lambert tied the game for Tri-City early in the final frame. Lambert’s goal, his sixth of the season, came off a no-look pass from Paycen Bjorklund.

Graeme Bryks replied seven minutes later to take back the lead for the Royals.

Tri-City was given a power play opportunity with 1:23 remaining — but the Americans absent Kyle Olson for the second straight game — were unable to find the net again.

Will Warm, the twin brother of Americans netminder Beck Warm, scored a shorthanded empty net goal to seal the victory for Victoria.

Beck Warm played the full game in net tonight for Tri-City. Stopping 26 of 29 shots faced. Tri-City led shots on goal 31-29 — the first time this season the Americans out shot their opponent while recording a loss.