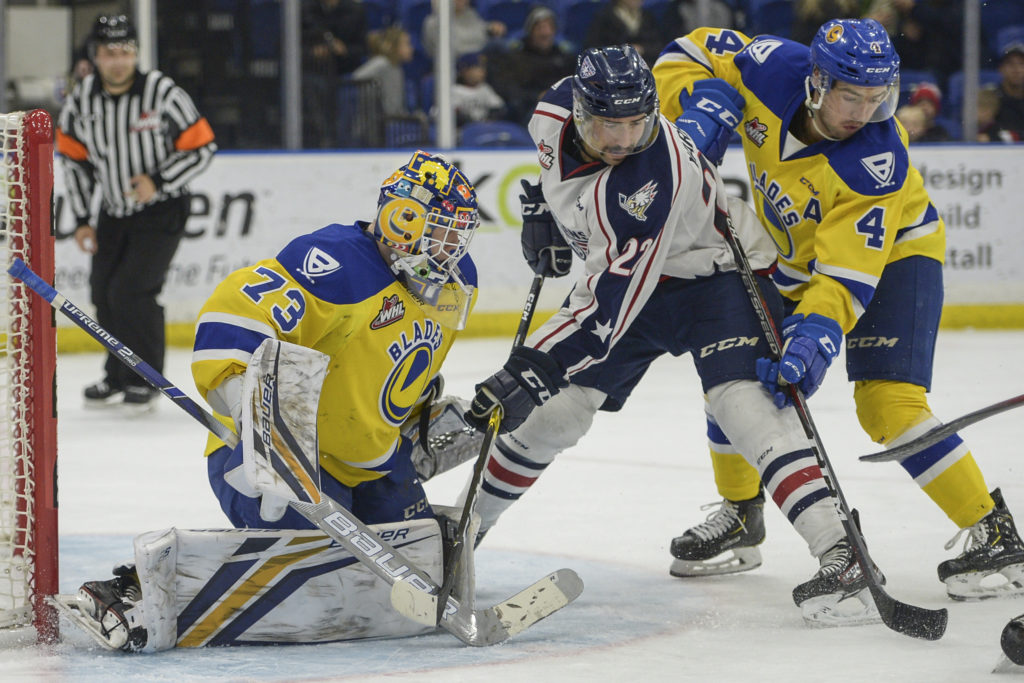 The Americans played the final game of an eleven game road trip today in Saskatoon. After a close back-and-forth matchup, the Blades emerged with a 5-3 victory.

Kirby Dach gave Saskatoon a lead just 55 seconds into the first period. Mitchell Brown would respond at 6:06 with his second goal of the season to tie the game, assisted by Samuel Stewart and Riley Sawchuk. The Americans led first period shooting 17-8.

The game stayed close through the second period. Josh Patterson scored a power play goal at 7:43, Saskatoon’s one goal through five power play opportunities tonight. The Americans followed with a goal from Dom Schmiemann to tie the game again. Schmiemann’s goal is his first as a Tri-City American.

Parker AuCoin would give the Americans their first lead of the game halfway through the third period. The Blades responded with three unanswered goals within four minutes to take the victory.

Tri-City’s final road trip record is 7-4-0-0. This eleven game away stretch is the longest in organization history since 1988 when the Tri-City Coliseum was built and the Americans opened their inaugural season the road.